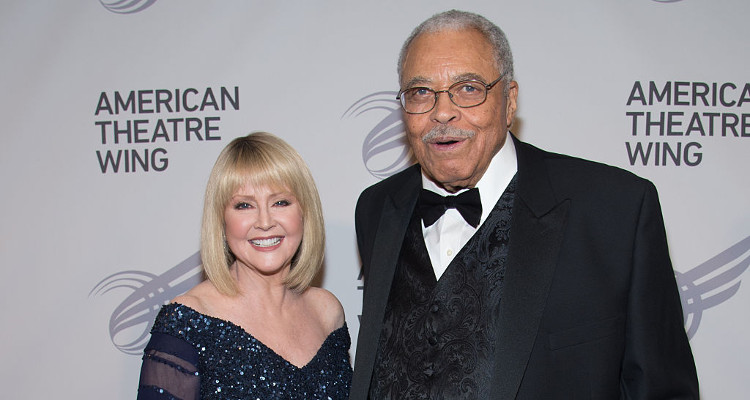 James Earl Jones was at the Tony Awards 2017, where he was given the highest honor of the night. In his acceptance speech, he had many people to thank and his late wife, Cecilia Hart, earned a special mention.

The iconic veteran of film and theater arts, James Earl Jones, was honored with the special Tony Award for Lifetime Achievement in Theater. He thanked his father and even the NYPD for their backstage work, which earned applause from the attendees. He gave a special shoutout to Cecilia Hart for being a “wonderful companion.” James Earl Jones’ wife passed away last year and is survived by her husband and son. Here’s more about the late actress in our Cecilia Hart wiki.

Cecilia Hart was known as Ceci Jones to most of the world. The native of Cheyenne, Wyoming was the daughter of an army colonel. There’s very little information on her early life before she made her professional debut. She started her theater career on Broadway in Tom Stoppard’s play, Dirty Linen and New-Found-Land from January to March 1977. She won the Theatre World Award for her performance that year.

She appeared on Broadway in The Heiress (1976) and Design for Living (1984), and briefly played Desdemona in Othello in March 1982. Hart starred opposite Paxton Whitehead in Bedroom Farce at the Westport Country Playhouse in 2015. The two are longtime co-stars, who have played a married couple five times before.

Hart’s most memorable role was her TV debut as Stacey Erickson in the CBS police drama, Paris. She went on to appear on Law & Order, Charles in Charge, Emergency!, Three’s Company, Quincy M.E., and MacGyver.

Also Read: Chance the Rapper Net Worth: How Rich is Chancellor Bennett?

Hart was first married to Bruce Weitz, an actor famous for Hill Street Blues. They married in 1971, but divorced in 1980. They both moved on and married again later. Cecilia Hart met James Earl Jones, whose voice has been immortalized as Darth Vader from the Star War franchise, as well as Mufasa in The Lion King. The theater actors co-starred on the Steve Bochco-produced, Paris.

Jones played the titular character, Detective Capt. Woodrow “Woody” Paris, while Hart played Sgt. Stacey Erickson. They starred opposite each other in Othello on Broadway before tying the knot in 1982 and having their son, Flynn Earl Jones. They went on to work on several other productions. Before Hart, Jones was married to actress-singer, Julienne Marie.

The last time Hart and her husband of 34 years were seen in public together was at the Tony Awards last year. Hart had been battling ovarian cancer for a year, which was her cause of death in October 2016. She was 68. Cecilia Hart is survived by her husband, their son, and her two brothers, James and William Hart. Instead of flowers, the family requested donations in Cecilia’s name to be made to The Actors Fund or Hudson Valley Hospice.

The Tony Awards 2017 honored James Earl Jones with the Lifetime Achievement Award last night. Jones remembered his father, the late Robert Earl Jones, the actor and boxer “who opened the door to his world and his work.” He thanked the NYPD “for assisting us at our backstage doors every night,” which earned a loud applause.

He then gave a shoutout to his date from last year, his wife Ceci Jones. “I want to thank my wife Ceci for being such a wonderful companion in my life and in my work,” Jones said fondly, “And for being the great co-producer of our son Flynn and for being so dazzling on the red carpet.”