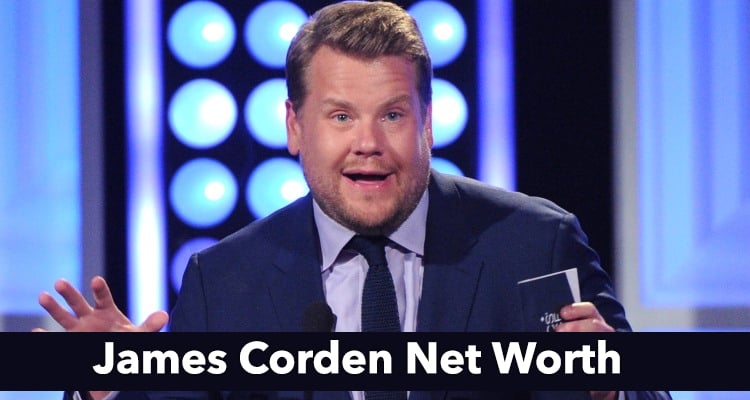 Today is a special day for a certain English carpool karaoke master, so many are wondering, how much money is James Corden worth? That’s right—today is James Corden’s birthday and we want to help celebrate by giving you information on James Corden’s net worth. We have everything you need to know, from his house, his cars, endorsements, awards, family, and his successful career as an actor and late night host.

James Kimberley Corden was born on August 22, 1978 in Hillingdon, London, England to parents Margaret and Malcolm Corden. His father was a musician in the Royal Air Force band and his mother was a social worker. He has an older sister, Andrea, and a younger sister, Ruth.

If you’ve been wondering who that beautiful woman is —that’s always by James’ side on the red carpet—that’s James Corden’s wife, Julia Carey. They got married on September 15, 2012 and now have two children together: son Max (born March 22, 2011) and daughter Carey (born October 27 2014).

Before landing the career opportunity of a lifetime as the host of The Late Late Show with James Corden, Corden first rose to prominence in the British TV series, Fat Friends, from 2000 to 2005.

He has appeared in Broadway plays and movies, even starring in his own BBC sitcom Gavin & Stacey, which he co–wrote with his Fat Friends co-star, Ruth Jones. Corden and Jones played the starring roles in the show and it was well received by critics.

Corden has made quite the name for himself in Hollywood and is without a doubt, one of the go-to options for talk show appearances. It’s now considered a badge of honor and stamp of approval if you’re sitting next to Corden on his late-night TV show. Corden took over The Late Late Show hosting gig after Scottish comedian, Craig Ferguson, on March 23, 2015. The show is already in its second season and though it hasn’t been confirmed, we can already tell that a third season deal is already being worked on. The most notable staple in the Late Late show (other than the star-studded lineup) is the show’s carpool karaoke segments, which features Corden and a celebrity driving around while singing along to top radio hits!

The late-night segment first garnered worldwide media attention (and fans) when Corden had Adele sing in the car alongside Corden. The video went viral via the CBS show’s YouTube account; it garnered 43.0 million views in just five days! The viewership beat the Captain America: Civil War trailer, which made its debut on Jimmy Kimmel Live, and earned 31.0 million in the same time frame. Since then, Corden has had celebrities such as: Jennifer Lopez, Britney Spears, and even the first lady, Michelle Obama!

Want to know how the famous TV host lives now? Well, let’s just say he isn’t living in the car that he performs carpool karaoke in! After landing his TV host job, Corden moved his family to a $23,644-per-month mansion. The five-bedroom mansion is in the neighborhood of Brentwood, Los Angeles, with neighbors like Gwyneth Paltrow, Michael Douglas, and Steven Spielberg. Could you imagine asking them for some sugar? At this point, we already envy Corden’s home but there’s more: the mansion has seven bathrooms, an outdoor pool and a mountain view in the back yard. With seven bathrooms, it’s no wonder why there’s always a drought in Los Angeles!

In 2008, Corden won a BAFTA (British Academy of Film and Television Arts) Award for Best Male Comedy Performance for his work on Gavin & Stacey. He was also awarded one of the highest honors in British history: the OBE. Corden is an Officer of the Most Excellent Order of the British Empire. He was given the honor by Princess Anne (daughter of Queen Elizabeth II) herself on June 25, 2015, for his achievements and contributions to the arts.

The Late Late Show with James Corden airs weeknights at 12:37 a.m. EST on CBS. Be sure to check it out, as we promise it will give you some serious laughs!