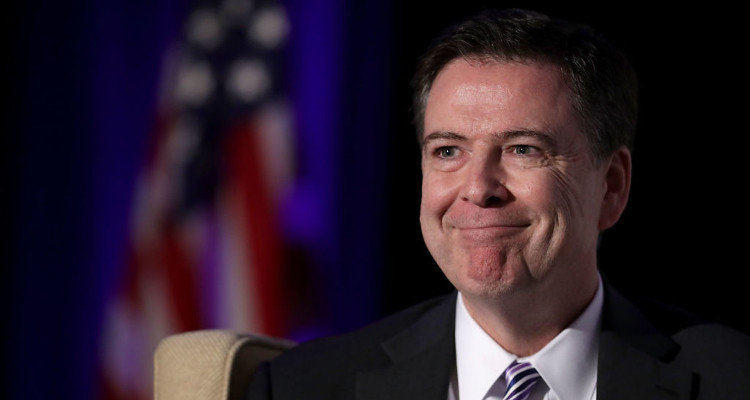 On May 9, President Donald Trump fired FBI Director James Comey. The former director has the support of his family in this trying time. Here is everything you need to know about James Comey’s wife in our Patrice Failor wiki.

President Donald Trump fired James Comey, after his Deputy Attorney General sent a letter recommending Comey’s termination. James Comey’s wife has always been a pillar of support in his life. Keep reading for more information about her in our Patrice Failor wiki.

They Have Been Married for 30 Years

James and Patrice met in 1978, when they were both freshmen at William and Mary College in Williamsburg, Virginia. After they graduated, the couple got married in 1987 and are still going strong!

The two have raised six beautiful children, but tragically lost a baby boy in 1995. Their nine-day-old son Collin died from a Group B strep infection, after Failor noticed his breathing was labored and he was placed on respirator.

After the death of her son, Patrice wrote an op-ed column, supporting the screening of bacteria during pregnancy. “My baby died a month ago today. He was nine days old. Collin Edward Comey was killed by a preventable infection. I am sharing our tragedy so other mothers’ babies might be saved,” she explained.

At that time, Failor and Comey were already proud parents of two daughters and a 16-month-old son. Patrice wrote the column because she wanted to raise awareness about the treatable infection. James Comey and Patrice Failor’s children are Maurene, Abby, Claire, Brien and Kate.

In March 2016, Patrice Failor testified before the legislative Judiciary Committee to support a bill to let unpaid volunteers advise kids through the juvenile justice system. “Every foster child in this great state gets a lawyer. These lawyers each has up to 100 cases, but once they have a case they’re to express the best interests of the child in court. And if the lawyer or the judge or anyone feels that what the child wants is in conflict with their best…then he can ask for an advocate for the child separate,” she said.

James Comey’s net worth is estimated to be more than $11.0 million. It was further revealed that he received $3.0 million in a hedge-fund profit sharing payout. Patrice Failor and Comey invested $5.0 million in stocks, including investments in companies such as Hormel Foods, Exxon Mobile, and Berkshire Hathaway. Their home in Westport, Connecticut is worth $3.0 million.

Patrice Failor was Not Fond of New York City

During an interview with New York magazine, James Comey said that his wife was not happy living in New York, which is why they made the move to Virginia. “We wanted to live in a place where we’d both be happier raising our kids,” he said. However, when James was appointed as U.S. Attorney, they moved back to New York and Failor gradually started liking the city.