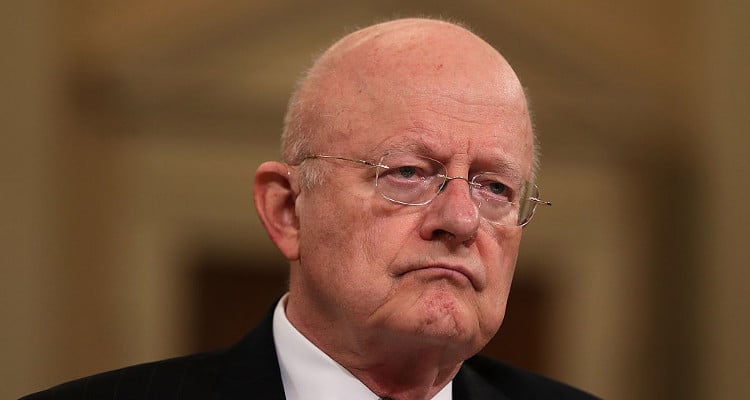 Former U.S. director of National Intelligence, James Clapper, questioned Donald Trump’s competence to be in office. If you are wondering who James Clapper is, take a look at our James Clapper wiki.

James Clapper and Donald Trump are making the news after the retired lieutenant general of the United States Air Force expressed his concerns over President Donald Trump’s speech at a rally in Arizona on Tuesday. Clapper spoke about Trump saying, “It’s hard to know where to start, it’s just so objectionable on so many levels.” He further added, “You know, I’ve toiled in one capacity or another for every president since and including John F. Kennedy through President Obama, and I don’t know when I’ve listened and watched something like this from a president that I’ve found more disturbing,”

On Tuesday evening, Trump discussed several topics at a rally held in Arizona, such as the U.S.-Mexico wall, Charlottesville riots, and North Korea. Clapper added in his comments about Trump, “I really question his ability to be — his fitness to be — in this office, and I also am beginning to wonder about his motivation for it. Maybe he is looking for a way out. He should of quit while he was ahead last night.” Who is James Clapper? Keep on reading for some interesting facts about the former director of National Intelligence.

Born James Robert Clapper Jr. in Fort Wayne, Indiana to Anne Elizabeth and First Lieutenant James Robert Clapper on March 14, 1941, James Clapper’s age is 76. His father was in the U.S. Army Signals Intelligence during World War II, and retired in 1972 as colonel. In 1963, Clapper earned his Bachelor of Science in political science from the University of Maryland. In 1970, he graduated with a Master of Science in political science from St. Mary’s University, Texas. Clapper has a brother Mike Clapper, who lives in Illinois, and a sister named Chris.

Clapper transferred from the United States Marine Corps Reserve to the U.S. Air Force Reserve Officer Training Corps program. In November 1991, he was director of the Defense Intelligence Agency, and retired from active duty in September 1995.

Start to His Political Career

For almost a year, Clapper taught at Georgetown University. While there, President George W. Bush nominated him to be Undersecretary of Defense for Intelligence in 2007. He was confirmed for the position by the United States Senate on April 11, 2007.

In 2010, President Obama officially selected Clapper as his new intelligence chief with high praise, “Jim is one of our nation’s most experienced and most respected intelligence professionals. He possesses a quality that I value in all my advisers: a willingness to tell leaders what we need to know even if it’s not what we want to hear.”

In 1965, Clapper married an NSA employee. Jim and Sue Clapper have two kids: A son named Andrew, and a daughter, Jennifer Coakley, an elementary school teacher in Fairfax County, Virginia. In 2011, James Clapper’s wife joined the Board of Directors for the Champions of Heroes Organization.