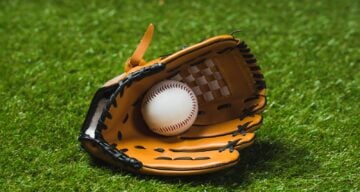 Changes in the San Francisco Giants franchise leave fans speculating about Brandon Crawford’s role in the team. Giants Nation is pretty attached to the shortstop’s family, especially Brandon Crawford’s wife, Jalynne Dantzscher. She has been extensively involved in the Giants’ extended community in the decade her husband has been playing for it. A lesser-known fact is that Dantzscher has overcome a lot with her family before reaching a position where she could help other families. Find out about her background in this Jalynne Dantzscher wiki.

Jalynne April Dantzscher, and her twin Janelle, were born on December 26, 1987. She is one of seven children born to Joyce and John Dantzscher. Jalynne is the older twin by about two minutes.

The oldest sister, Jennifer Pippin, passed away in 2017 due to asthma-related causes. She is survived by her parents; her siblings Jamie, Joanne, Jalynne, Janelle, Jeremy, and Johnny; and their respective partners and kids.

Among the family, Jamie Dantzscher is arguably the most well-known Dantzscher. She won the bronze for Team USA gymnastics at the 2000 Olympics in Sydney.

She was also among the several gymnasts who testified before Congress about Team USA Gymnastics’ former doctor Larry Nasser’s sexual misconduct. Following her testimony, Brandon Crawford was among the many professional athletes publicly commending Jamie and all the women who testified.

When Jalynne and her siblings were younger, the family couldn’t afford vacations very often. So the entire family was ecstatic to travel to Sydney to support Jamie at the 2000 Olympics.

However, the trip took a devastating turn when John, Joyce, and Jennifer were injured in a traffic accident. Jennifer and Joyce weren’t critically injured. But John was in critical condition needing brain surgery, and eventually recovered.

Jamie Dantzscher’s younger twin sisters, Jalynne and Janelle, were also collegiate gymnasts for the UCLA Bruins. However, Jalynne retired after one season due to injuries. After her gymnastics career ended in 2006, she transferred to Pepperdine University in Los Angeles County, California.

Since 2012, Jalynne Dantzscher has been involved with Tiny Turnip, an official MLB-licensed merchandise store for kids. When she was a new mom and was gifted Tiny Turnip products, she loved them so much that she joined the brand as a designer of exclusive Giants merchandise.

Since 2020, she has risen to co-owner, managing partner, and designer. Through Tiny Turnip, Dantzscher has also supported numerous philanthropic ventures.

San Francisco native Brandon Crawford got a baseball scholarship to UCLA. Before school started, he met gymnastics scholarship recipient Jalynne Dantscher at athlete orientation. They kicked off a friendship after that meeting and were dating a few months later.

His hometown team, the San Francisco Giants, selected Crawford in the 2008 MLB draft. The college sweethearts would marry in Hawaii on November 26, 2011.

Their oldest child, Braylyn, was born on December 18, 2012. The parents describe her as the “leader” of their brood.