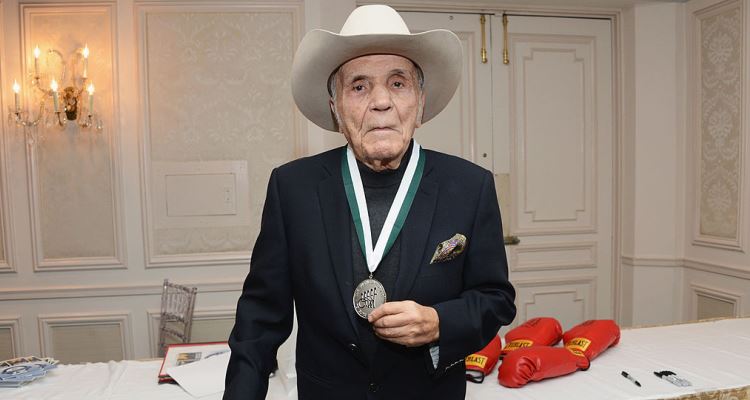 “The Bronx Bully” Jake LaMotta, has died at age 95. Fans of the former boxer are curious to know about Jake LaMotta’s net worth, as well as how he died. If you’re interested to know more, then take a look at our Jake LaMotta wiki.

Who was Jake LaMotta?

Jake LaMotta was born Giacobbe LaMotta on July 10, 1921, in The Bronx, New York. LaMotta didn’t grow up with much and during the Depression. He was involved in petty crimes, before eventually finding his way to a gym.

He was Married Seven Times

LaMotta was married seven times and the most recent was in 2013. He has four daughters and two sons. According to CBC, his son Joseph died on a Swiss airplane that crashed into the Atlantic Ocean, near Peggy’s Cove, Nova Scotia. It killed all 229 aboard, back in 1998. His other son, Jake Jr. died earlier that year after a battle with cancer. Vikki LaMotta was the mother of those sons and his daughter Christi, also wrote her own autobiography and posed for Playboy when she was 51 years old. She died at 75 years old in 2005. His net worth was reported to be $10.0 million before he died.

Jake LaMotta’s Cause of Death

According to several reports, Jake LaMotta’s fiancée, Denise Baker, said LaMotta died on Tuesday in a nursing home “due to complications from pneumonia.”

“I just want people to know, he was a great, sweet, sensitive, strong, compelling man with a great sense of humor, with eyes that danced,” Bake told TMZ.

LaMotta’s niece, Diane Ramaglia Bonita, also paid tribute to the legendary boxer on Facebook saying, “A legend has just left for heaven. My Uncle and Middleweight Champ, Jake LaMotta, whose life story was portrayed by Oscar Winner, Robert DeNiro in Raging Bull, the longest living prize fighter, died today at the age of 95. Out of pain and resting in peace in the loving embrace of our Lord, and forever in my heart, always remembered with loving pride. Rest now, Uncle Jake. A family resemblance to our Legend, our Champ, Uncle Jake LaMotta. My Michael Bonita’s looks are so incredibly aligned with his great uncle. Uncle Jake fought the good fight right to the end.” 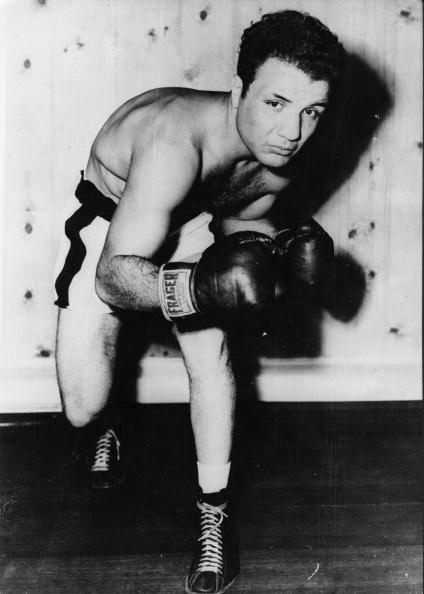 He Really Was a Raging Bull

Jake LaMotta’s record spoke for itself and despite his profession, he was lucid enough to act in an off-Broadway show about his own life. On top of that, he was portrayed by Robert De Niro in The Raging Bull, for which he won an Oscar for Best Actor. The 1980 film was based on LaMotta’s rocky relationships with his manager/brother Joey and second wife Vikki, who were played by Joe Pesci and Cathy Moriarty, respectively. De Niro also gained 50 lbs to sell the part of LaMotta in his middle-aged years!

“I can’t be mad at Bobby De Niro and Marty Scorsese,” he told the Washington Post. “I was a sick animal. They captured the real me.”

In 1948, it was LaMotta who served Sugar Ray Robinson his first defeat and he remained the Middleweight champion for nearly two years following that fight. At a time when boxing was one of America’s most popular sports, LaMotta was a favorite among crowds. He became known as “The Bronx Bull” for most of his career. People loved him for the fury in his fight and the passion for boxing in his heart.