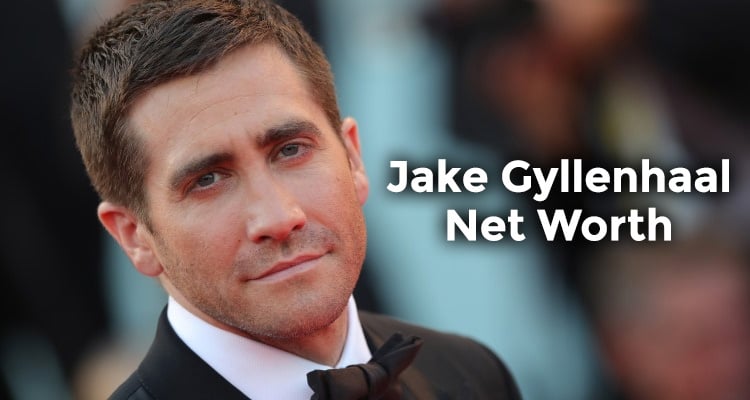 Along with today’s peers in the young actor fraternity like Ryan Gosling and Michael Fassbender, Jake Gyllenhaal is a star on the rapid rise. Practically born into the American film world, Gyllenahaal began his career as a child actor. However, he didn’t fall into some of the pratfalls of his young acting peers. With the strong influence of his parents and dedication to his craft, Gyllenhaal has racked up some incredible roles and one look at Jake Gyllenhaal’s movies list could impress even the harshest of critics. From Brokeback Mountain to Nightcrawler, he’s already left his mark on contemporary American cinema.

Here are some key facts about Jake Gyllenhaal:

Just the facts—Since it’s Jake Gyllenhaal’s birthday, it’s good to get his basic biographical information down first. He was born in Los Angeles on December 19, 1980 and is of Swedish and Russian-Polish Jewish roots. As a teenager, he attended the Harvard Westlake School in Los Angeles, and he graduated in 1998.

Family Values—Jake Gyllenhaal’s success seems to come from his family. In fact, his immediate family are all established in the Hollywood community and are known for work that is daring. His family includes:

Gyllenhaal has noted that his parents did not spoil him and encouraged self-discipline, values, and urged him to pursue his artistic interests from a young age. As a youth, he volunteered at homeless shelters, worked summer jobs, and was even denied by his parents to work on 1992’s The Mighty Ducks, as it was shot in Canada and would have interfered with his studies.

Breaking In—Many film fans first caught a glimpse of a young Jake Gyllenhaal, as he appeared as Billy Crystal’s son in the 1991 hit comedy, City Slickers. From there, he had other film and television roles, but most agree that out of all the Jake Gyllenhaal movies, it was 2001’s cult favorite, Donnie Darko that left the biggest impression on audiences. Despite the film not being a hit and only gaining attention long after its release, it showed Gyllenhaal’s acting ability as a troubled high school student being pursued by “Frank,” a grotesque giant in a rabbit costume.

Finding Success and Acclaim—Gyllenhaal found his footing after Donnie Darko, taking on various roles from blockbusters like The Day After Tomorrow, to more acclaimed character roles like that of Brokeback Mountain, Jarhead, and Zodiac. More recently, his collaborations with Quebec-born director, Denis Villeneuve had yielded startling performances in Prisoners and Enemy, while his role as the deranged videographer, Louis Bloom in 2014’s Nightcrawler shocked many movie-goers.

Gyllenhaal has also ventured into stage acting. He appeared in Broadway’s 2014 production of Nick Payne’s, Constellations and is set to appear in 2017’s Burn This, a revival of the Lanford Wilson play that was delayed until the New Year due to Gyllenhaal’s current work schedule.

Box Office Reflection—Unlike other stars, Jake Gyllenhaal’s net worth reflects his hard work and actually surprises. While his film roles have been unconventional, he’s brought in some serious coin at the box office!
Consider:

All of these films have earned much more than their budget.

Moreover, with such earnings, it’s not surprising that Jake Gyllenhaal’s net worth is now at approximately $65 million!

The Quiet Bachelor—Many celebrity columnists are continually curious about Jake Gyllenhaal’s girlfriend…or if he even has one. Having dated many Hollywood celebrities in the past, including Kirsten Dunst, Reese Witherspoon, and Taylor Swift, Gyllenhaal has since kept his relationship status on the down low and appears to be living the life of a quiet bachelor. For now.

Spiritual Temperament and Endorsements—Coming from a mixed religious background, Gyllenhaal has long had an interest in religion and philosophy. Before hitting his stride as a professional actor, Gyllenhaal majored in both philosophy and Eastern religions at Columbia University. While he didn’t complete his studies, he continues to be interested in these fields and utilizes meditation in his daily routines to achieve peace-of-mind. 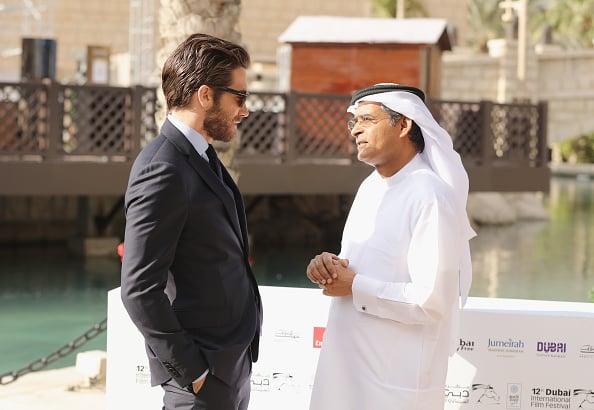 Jake Gyllenhaal is also known to endorse various charities and foundations. Among them are the Afghanistan Relief Organization, Global Green, and Rock the Vote. He’s also devoted time to causes such as the American Civil Liberties Union plus various artist-mentoring programs. He currently sits on the board of directors for the Anti-Recidivism Coalition. Since his appearance with the late Heath Ledger in Brokeback Mountain, he’s also been supportive of many LGBT rights and he supports GLAAD. Politically, Gyllenhaal hasn’t talked politics openly, but was known to support Democratic nominee, John Kerry in the 2014 American election.

Cars and Interests—Like other successful young actors, Jake Gyllenhaal is also known to drive a rather nice car. In his case, it’s the Audi Q7, valued at around $50,000.

When he’s not acting or producing films, Gyllenhaal has interests in cooking and has also taken up woodworking.