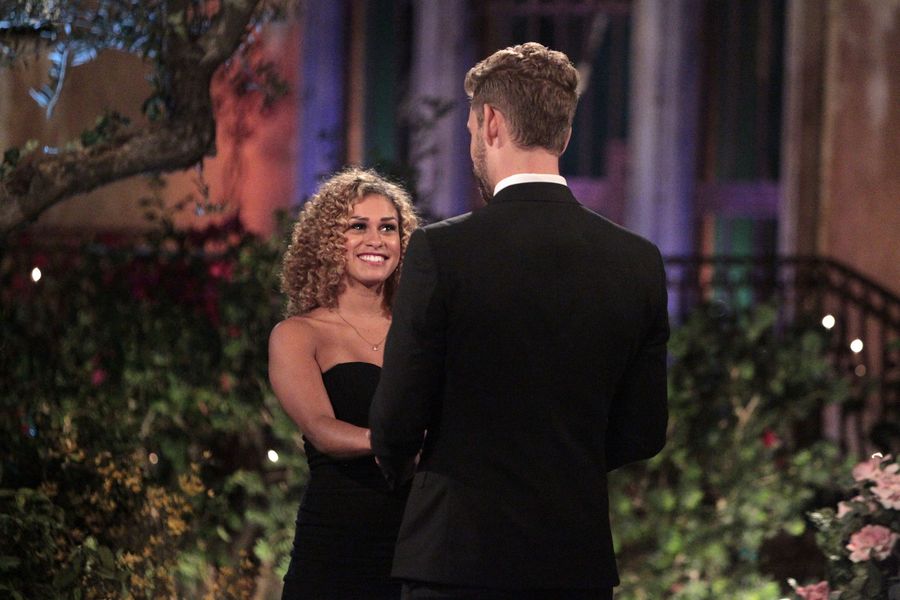 The Bachelor’s Jaimi King, will be easily recognizable throughout the season thanks to her beautiful golden-brown hair. The 28-year-old is among the 22 contestants left over after the first rose ceremony of season 21.

After three failed stints on The Bachelor spin-offs, Nick Viall is looking to find the woman of his dreams, once again. While each contestant has her own set of admirable qualities, Jaimi King will bring her talent of cooking to the table! If you want to learn more about the gorgeous contestant and see some Jaimi King’s pics from her social media, keep reading our Jaimi King wiki.

Jaimi on The Bachelor

Like many, you’re probably wondering: where is Jaimi King on The Bachelor from? Well, you’ve come to the right place. According to King’s ABC profile, she lives in New Orleans, LA, and stands 5’2”. Jaimi King’s job is as a chef, which means if the way to Viall’s heart is through his stomach, she could take him from the kitchen to the altar! King is a self-described “pesco-pollo-lacto-ovo-paro-tarian,” which means she can eat fish, birds, and their by-products. She also enjoys making cakes! Since King’s a chef, she has no problem preparing delicious meals within her dietary restrictions—let’s just hope Viall is willing to give up steak!

You give me butterflies, wedding cake.

In her ABC interview, she shared the most outrageous activity she’s ever done on her profile, crowd surfing, and said her greatest achievement to date was “catering at the Oscars.” Talk about rubbing elbows with the A-listers! Her biggest fear is “not knowing truly if someone loves me as much as I love them,” and that will be a big challenge for her to figure out on The Bachelor as she competes against 21 other women for Viall’s hand in marriage. She has extra skills to add to the table: “Depending on how much bigger he is than me, I could bench press him with my legs. It’s pretty exciting and surprising.” We’re not sure if Viall is the kind of guy who likes his women stronger than him, but maybe if he has the opportunity this could change his mind. Jaimi King’s net worth, like the other contestants, is currently unknown.

Jaimi King’s siblings are fourfold—she has three sisters and one brother.

In The Bachelor season 21 sneak preview, Jaimi King brought up a past relationship that seemed to shock some viewers. “Nick was really receptive to my past relationship with my ex-girlfriend,” she said to the camera. “It felt good to kind of set the stage for the rest of my time here.” Is Jaimi King bisexual? How long ago was Jaimi King’s relationship with a girl? These are the questions some are asking about the mysterious contestant. On social media, King has remained tight-lipped about her relationship with her ex-girlfriend; however, several Instagram posts reveal she was in relationships with a few men in the past. Whatever her relationship history was, King will have only one man on her mind now that she has met Viall face to face. Each contestant will need to keep their head clear to watch out for sneaky competitive moves and be ahead of the game. Since the game of romance is full of emotion, that likely won’t happen.

Who are the Season 21 Contestants?

Tune into the ABC Network, Mondays at 8:00 p.m. EST, to find out which of these ladies will move forward!