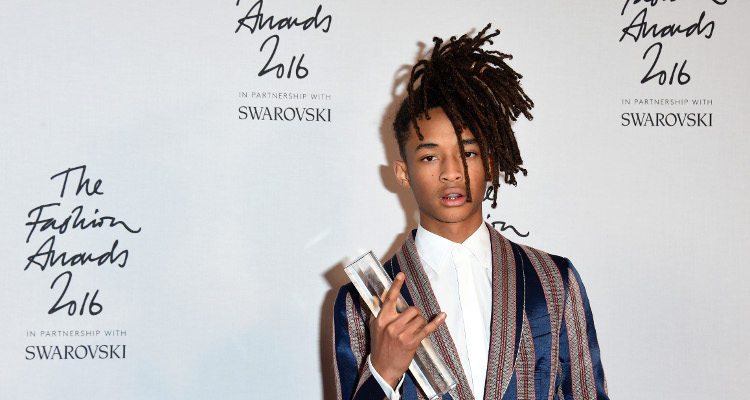 Jaden Smith’s net worth in 2017 is estimated at $8.0 million. Not bad for a kid who’s not even legal yet! He is an American actor and rapper, probably most famous for being Will Smith’s son. Keeping in mind his age, the boy definitely qualifies for the “Richie Rich” title. But how has he earned it? Keep reading for the details on Jaden Smith’s salary, homes, cars, and more!

Born on July 8, 1998, Jaden Christopher Syre Smith is an American rapper and actor. He is the son of famous actor, Will Smith. His career started in 2006 when he appeared in the film The Pursuit of Happyness with his father. Over the years, Jaden Smith’s movies have set the silver screen ablaze. He has acted in blockbusters such as The Karate Kid, The Day the Earth Stood Still, and After Earth.

Jaden Smith’s net worth in 2017 is estimated at $8.0 million. While people would assume he owes his wealth to his father, surprisingly the teenager has earned it himself! Keeping in mind Jaden Smith’s age, he is far more successful than others in the industry. He’s 19 years old with a sky rocketing career that is only going to add more zeros to his bank account!

On various occasions, the young star has been spotted flaunting his luxury wheels. Jaden Smith’s cars have always been noticed but his brand new Tesla Model X caught the eyes of many. He takes much pride in cruising around in this beauty that costs approximately $85,000. The young actor is definitely living it up in luxury!

Featured in Architectural Digest’s August 2011 issue, Jaden Smith’s house is a work of art. Worth $20.0 million, it is inspired by Moroccan, Spanish, Persian, and South American culture. This exquisite mansion is located in Calabasas, California. While most people only dream of this kind of luxury, Jaden Smith is surrounded by it at all times.

Jaden Smith is one of the richest kids in Tinseltown. At one point, he became the highest paid child actor after his role in The Karate Kid. Jaden Smith’s salary for the film was $1.0 million, which certainly didn’t seem like a lot. Later, when the film grossed over $150.0 million at the box office, he was paid a fancy bonus of $2.0 million! If only we received salaries like Jaden! *Sigh*

While everyone knows him as Will Smith’s son, Jaden Smith’s mother Jada Pinkett Smith is a big deal, as well! She is an actress, dancer, singer, and songwriter. Being born to famous personalities of the industry, Jaden Smith’s journey to the peak of fame was in a way expected. However, the speed of his success definitely raised an eyebrow. already the young star seems to be a few steps ahead of his parents! And with immense success at already such a young age, there’s no telling how far Jaden Smith can go in his career. Maybe one day he will even break the stigma of being known as “Will Smith’s son!”

How Rich is Jaden Smith?

Being born to Will and Jada Smith, wealth had always kissed Jaden’s feet. However, he took it to another level with his consistent efforts and, of course, his charming persona. Ever heard of a child actor being paid $1.0 million upfront? Well, Jaden was paid this hefty amount in advance for his role in The Karate Kid. Since then, his bank balance has been overflowing with fat salaries and royalties, and he’s certainly growing into a fine young gentleman! (Minus the carrying around of his own hair at the Met Gala…let it go, Jaden. Let it go.)

Jaden Smith has proven that age is no bar for those who set their mind on a goal. At an age where most kids were basking in their childhood glory, Jaden was burning the midnight oil and rehearsing his roles. Today at the age of 19, Jaden is perceived as a rising star and perhaps even the future of the entertainment industry.