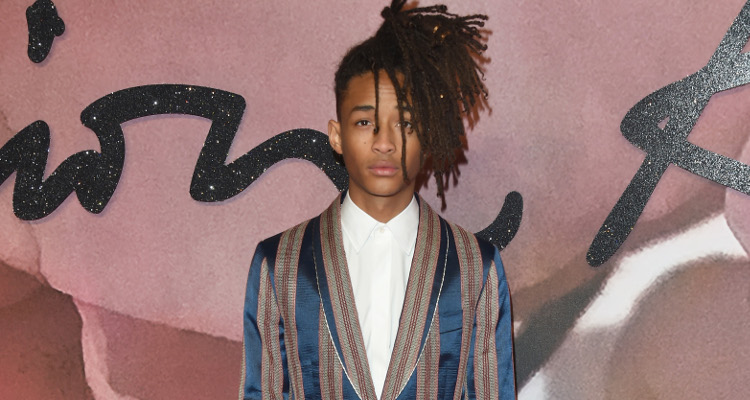 It looks like Jaden Smith is becoming quite the little heartbreaker! The 18-year-old has been linked to quite a few beauties, and is rumored to be dating a budding actress.

It is not a surprising fact that Jaden Smith is pretty close with his ex-girlfriends, considering the breakups were amicable. However, it looks like he is tired of the online feud going on between his exes, Kylie Jenner and Sarah Snyder. Their online feud started a week ago, when Kylie posed a picture where she is posed almost exactly like Sarah was in a previous post. According to sources, Jaden has asked both girls to stop bringing each other down saying, “He is still friends and close with both of them but doesn’t get why they would be hating on each other online through social media. It is not nice and Jaden has asked them both to chill with the online beef. Jaden feels like there is no need to throw shade, it is simply not cool.”

Jaden Smith was in a relationship with Kylie Jenner when he was 14 and she was 15. They sparked relationship rumors when Kylie went to a Justin Bieber concert that Jaden opened for. During an interview, Jaden said, “I was in LA, we were all hanging out. Then I went to New York and she came too, then she came here and surprised me, so that’s pretty baller. She’s one of my best friends. It’s pretty awesome.” They briefly dated and parted ways amicably, before Kylie started dating rapper Tyga.

Perhaps the longest relationship Jaden Smith ever had was with model and actress, Sarah Snyder. The pair started dating in 2015 and first went public after they were seen getting cozy in the front row at the Gypsy Sport fashion show at New York Fashion Week. Sarah confirmed their relationship online by posting a black-and-white photo on Instagram, showing Jaden going for a kiss from Sarah. Their PDA grew from there and the couple was often spotted getting cozy in public. However, the two broke up earlier this year with sources stating, “they had been on the rocks for a while… and stopped having shared interests.”

On Saturday, (April 8), Jaden was spotted with upcoming actress, Odessa Adlon. The two were caught making out on Miami Beach by paparazzi. Jaden bought his new girlfriend a single rose and held hands with her as they left. There is not much information about Odessa, but we know from her IMDb page that she has appeared on Nashville and will be in the upcoming TV movie, What About Barb?