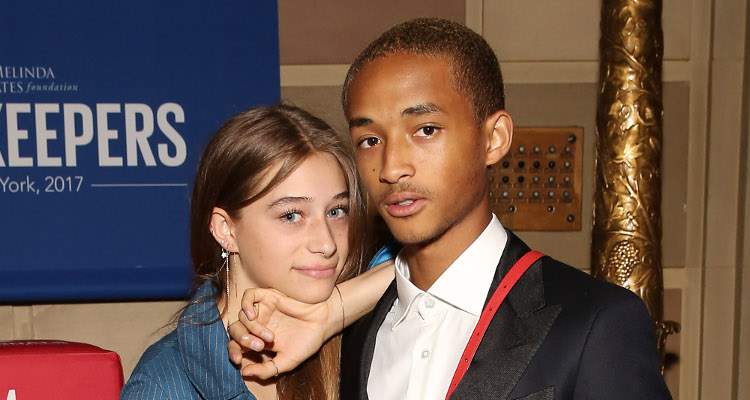 Will Smith proved that he still has a killer sense of humor! We just hope that Jaden Smith’s girlfriend, Odessa Adlon appreciates the wit of her boyfriend’s father! But who is Jaden Smith dating? For more about the girl who has the young star’s heart, take a look at our Odessa Adlon wiki.

When you have a father like Will Smith, there are bound to be plenty of funny moments! Smith just remade his son’s “Icon” video (Yes, scene-for-scene) and fans just can’t get enough! With Jaden Smith getting back in the spotlight, everyone wants to know more about the girl he’s been dating for the last 10 months. Here’s our Odessa Adlon wiki for all the details.

Odessa Adlon was born on June 17, 1999, making her age 18. The actress has a family full of people who are in the film industry. Her mother, Pamela Adlon is a familiar face in Hollywood and is now the star of her own FX series called Better Things (which she co-created with Louis C.K.). She married German director Percy Adlon’s son, Felix, in 1996, but the two are now separated.

Pamela and Felix had three daughters together: Odessa, Gideon, and Rockie. Felix left for Germany in 2010 and Pamela claims she has been a single parent to her daughters since then.

Odessa went to Champs Charter High School in California and is best known for her work in Nashville. The actress also had a role in her mother’s FX series, Better Things.

Who Is Pamela Adlon?

Odessa Adlon’s mother has been an actress and a TV personality since the early ’80s. She was a successful child actor, but found it difficult to find acting jobs in her 20s.

She said voice-acting saved her career, and is something she does even today. She was the voice of baby Halley in The Big Bang Theory in 2016, as well as several Cartoon Network characters, and Pajama Sam in the video game series of the same name. But she’s probably best known for her voice-over work as Bobby from King of the Hill.

Pamela loves her daughters and doesn’t shy away from expressing it on social media! She often posts pictures of her three girls, and the celebrities they occasionally meet.

In April 2017, Jaden Smith and Odessa Adlon’s relationship became public. Smith was already linked to a handful of girls in his past, but the 19-year-old seems to be very serious with Adlon.

The couple were spotted in several places, including Miami Beach, and are regularly seen packing on the PDA while out together.

Odessa Adlon is a true artist who believes in thinking outside the box. She wants to break barriers of all forms, and is doing a great job at it already!

The 18-year-old is always seen doing something out of the ordinary, be it in her photoshoots, or just her daily activities.

This new generation of actors and actresses are paving the way for a fresher take on the industry, and we think Adlon is a name to watch out for! The teen already showed the world she can act, thanks to her performances in What About Barb? and Nashville, that left fans wanting more.

And she’s just gorgeous! If you head over to Odessa Adlon’s Instagram page, you’ll see what we’re talking about! Until then, here are a couple of Odessa Adlon’s inspiring pictures:

my grandma gets mad when I post pictures cause then she says the world has control over me and that fact goes for everyone. I agree with nana. nana knows best

allot of shit happens family wise in vienna so my 6 sisters and I dip and try to see the ballet cause that's how it is. every. year.