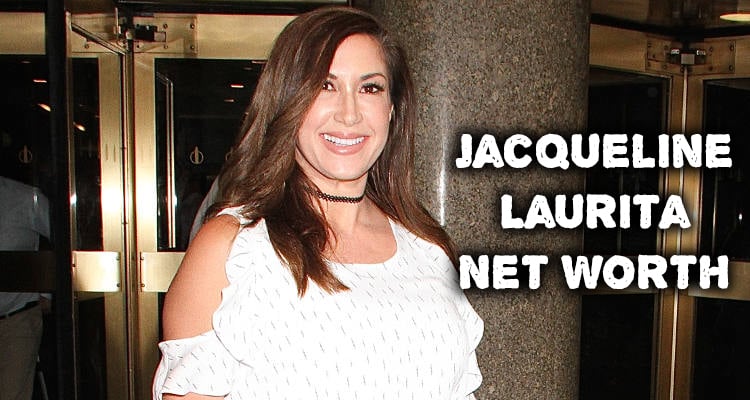 The former cosmetologist had worked in the beauty industry for a long time before she became a full-time mom. She has a beauty, wellness, and lifestyle blog and has written two books as well. The Lauritas are known for having a strong, loving, and honest marriage. Their youngest son, Nicholas, is autistic, and Jacqueline has been a celebrity ambassador and public speaker for many non-profit organizations that focus on autism. The 46-year-old is known for being a family person and prefers to spend most of her time with her two sons and her daughter, Ashlee Holmes, who is presently pregnant and expecting her first child, which is due in March. Jacqueline has admitted that she and Ashlee had a rocky relationship in the past, which led to her daughter moving out and becoming a cosmetologist as well. Now things are looking up, and Laurita looks forward to becoming a “glamma.”

In recent revelations, the Lauritas may have to vacate their home since Chris’s business is in its early stages and isn’t doing so well at the moment. Jacqueline Laurita’s house might be gone soon, but according to Chris, she’s “amazing” and “doesn’t care about material things that way.”

The Real Housewives of New Jersey

Nicknamed “Wacko Jacko,” Laurita has frequent arguments with costar Teresa Giudice, who was recently released from federal prison after serving time for committing financial fraud. Before Teresa’s release from prison, she wrote Jacqueline a mysterious note that read, “Heard you were asking about me, we have a lot to catch up on. Looking forward to a new beginning. Xoxo Teresa. [sic]” The duo were best friends for 13 years but had a falling out over Teresa’s desire to keep her legal battles hush-hush. Jacqueline also has regular skirmishes with Teresa’s sister-in-law, Melissa Gorga. Jacqueline Laurita’s Instagram account is active and has amassed over 450,000 followers. She regularly posts updates about her life such as photos with her husband, children, and her RHONJ costars.