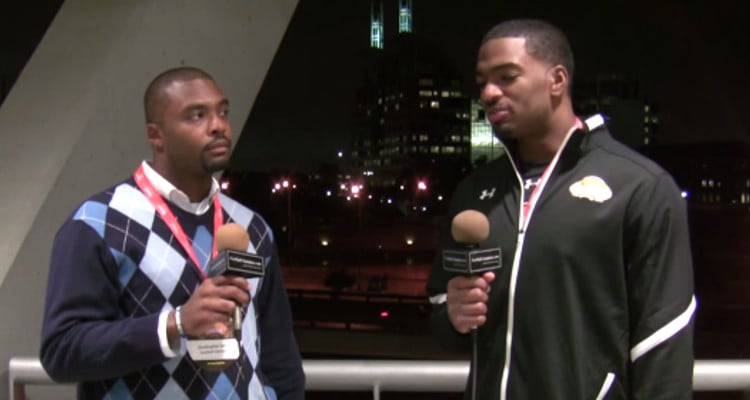 After the New England Patriots won Thursday night’s game (thanks to 23-year-old quarterback Jacoby Brissett), it’s expected that everyone would want to know more about him. In order to learn more about Brissett, fans have been on looking up terms on the Internet such as, “Jacoby Brissett family,” “Jacoby Brissett Patriots,” and “Jacoby Brissett contract.”  So, instead of wasting your time looking for information on other sites, we have decided to give you the Jacoby Brissett wiki right here, where you can get all the details at once!

Brissett was drafted by the New Enland Patriots in the third round of the 2016 NFL Draft, and even declined to hire an agent to help him with the process! Brissett played in his first regular season during last week’s game, when starter Jimmy Garoppolo left the Patriots’ Week 2 game against the Miami Dolphins. Garoppolo left due to a shoulder injury he sustained earlier on. The Patriots were leading 21- 0 and Brissett finished the game with six out of nine passes for 92 passing yards! Incredible! It was no surprise that the Patriots won by 31-24 that day.

Brissett is also lending a hand, while starter Tom Brady serves his four-game suspension next week, due to the Deflategate scandal.

Last night, the Patriots won by 27-0, demolishing the Houston Texans and now everyone can’t stop talking about Brissett!

Brissett seems to be feeling right at home and New England Patriots general manager, Bill Belichick is more than happy to have him on the team.

“He handled himself great last week, this week, all week, every day,” Belichick said to The Washington Post, after the game. “He’s done nothing but come in here and work as hard as he possibly can — when we had three quarterbacks — to take his opportunities and learn from the other two guys, when it was him and Jimmy and then this week it was pretty much all him. He’s just a hard working kid that is really dedicated to doing what’s right for the team and trying to improve on anything that you tell him. He just wants to do what the coach tells him to do. I’m glad we have him.”

Brissett already treats his team with the utmost respect and they even welcomed him with a Patriots Godfather-themed video, currently online. But don’t expect Brissett to be up late at bars with the guys: he doesn’t drink, or smoke, and isn’t glued to his phone like most millennials! He’s a rare breed indeed, but a victorious one nonetheless. To Brissett, the team is considered family and the feeling is clearly mutual.

Jacoby Brissett’s mother is Lisa Brown and she raised her son in a single-parent household. Brown is the most important person in Brissett’s life and she continues to be his biggest fan, even if she doesn’t agree with all of his decisions. When the 6-foot-4, 231-pound quarterback chose football over basketball (when he was signed with the University of Florida), his mother wasn’t impressed but always supports her son, regardless. Keep an eye out for Brissett this season as we think he will continue to dominate with the New England Patriots!