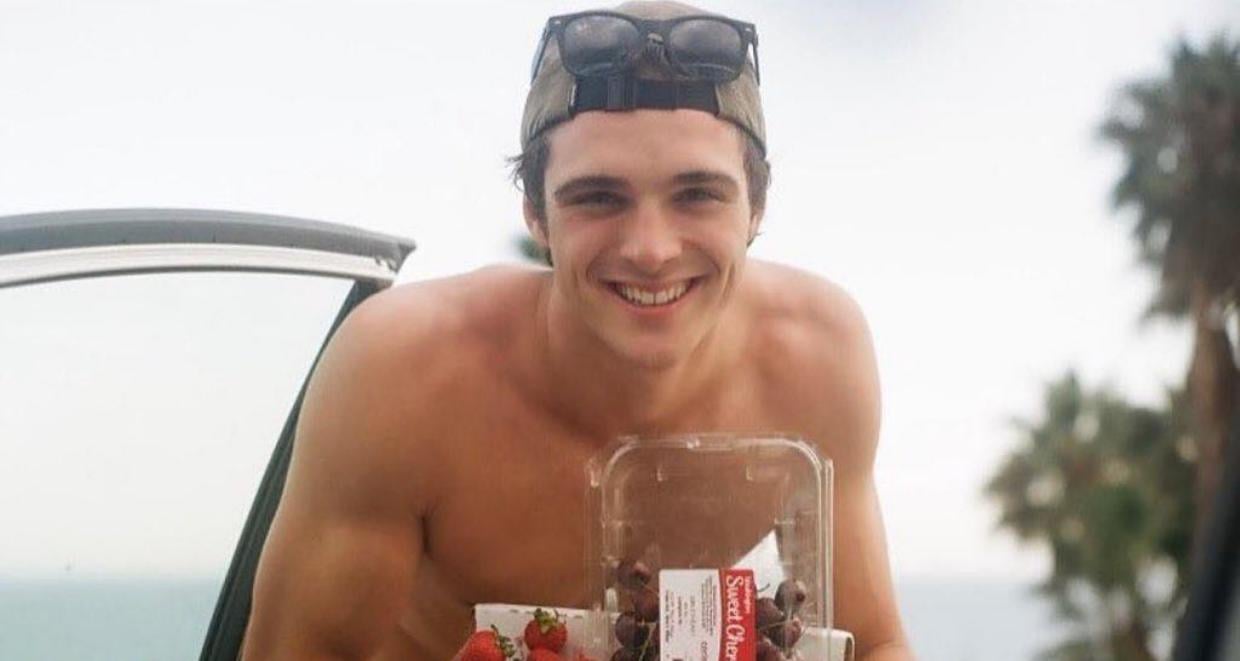 Jacob Elordi before starring in The Kissing Booth. Credit: Instagram/jacobelordi

Jacob Elordi is an actor, writer, and model from Brisbane, Australia, who has garnered impressive reviews for his performance as bad boy Noah Flynn in the new Netflix film, The Kissing Booth. He is currently dating his costar from the film, Joey King, and has a net worth of $350,000. The future looks promising for this latest import from Australia—and he’s certainly easy on the eyes!

Wherever he goes, Jacob Elordi drives girls crazy—and when you look at him, it’s not hard to see why!

Jacob Elordi’s height is 6’3″ and he is as handsome as he is talented, passionate, and ambitious.

Elordi is an Australian actor, writer, and professional model, who has come to Hollywood to try and make it big. And from the looks of it, he’s definitely on his way!

Those who haven’t seen his work yet should watch his new movie, The Kissing Booth. It’s a romantic comedy that was released on May 11, 2018 on Netflix, and it already has everyone swooning!

He stars in the movie together with American actress Joey King, with whom he is involved in an off-screen relationship, as well. That’s right, you can get the tissues out—he’s taken! 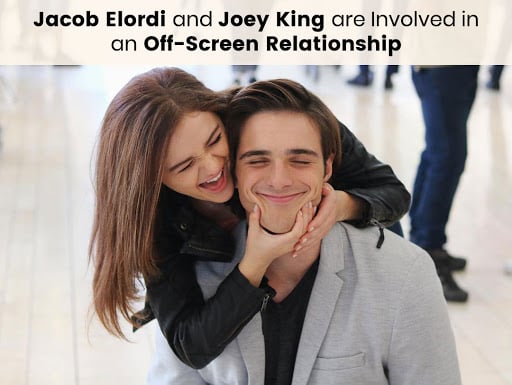 Jacob Elordi and Joey King are Involved in an Off-Screen Relationship. Credit:Instagram/thekissingbooth101

Their chemistry was so palpable on screen, it should come as no shock the two ended up as a couple in real life, too!

The handsome actor has already made his presence known in Hollywood, and now people are very curious to know more about him.

So, keep reading for details from our Jacob Elordi wiki!

He Comes from the Land Down Under!

Jacob Elordi’s mother is Melissa Elordi and he has a sister named Isabella Elordi.

A Film Buff Since Childhood

Elordi developed a love for acting from an early age and used to regularly watch movies at the theatre at least twice a week. He grew up admiring iconic actors like James Dean, Heath Ledger, and Marlon Brando and decided to become an actor himself.

His first acting role was on stage in the musical, Seussical, where he played The Cat in the Hat.

Elordi’s first film appearance was small. But the experience only made his decision to become an actor easier.

At the age of 17, the aspiring actor appeared in the Johnny Depp blockbuster, Pirates of the Caribbean, where he can be spotted as a tall guy in a red coat. (Sometimes you’ve got to take on the role of an extra just to get your foot in the door!) 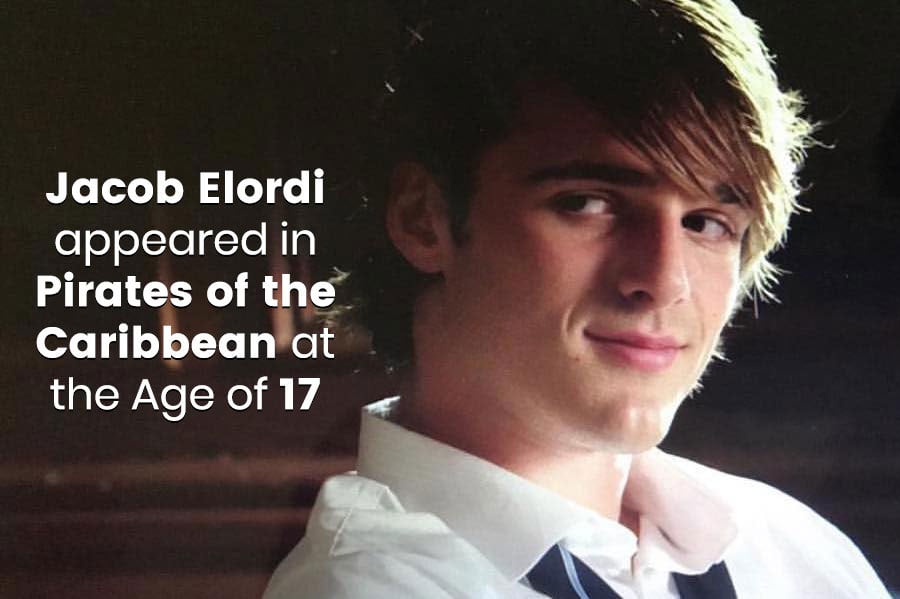 Jacob Elordi appeared in Pirates of the Caribbean at the Age of 17. Credit:Instagram/thekissingbooth101

He continued to chase more acting opportunities in Hollywood. And the coveted role of Noah Flynn in The Kissing Booth fell into his lap!

The film was shot in the beautiful city of Cape Town, South Africa. The stars of the film, including Elordi, had a blast making the film.

In fact, Elordi learned to ride a motorbike during the film’s shooting and now wants to buy one for himself!

Who Plays Noah in The Kissing Booth?

As mentioned, Jacob Elordi plays the character of Noah Flynn. The actor’s work on the film has been much appreciated and now he is considered as a good prospect for the future. This could very well be the film to propel his career as the teenage heartthrob is suddenly catching the attention of the masses!

This year also saw the release of his other film titled Swinging Safari, in which he plays the role of Rooster.

The Australian film is about a teenager who comes of age in a small Australian town during the 1970s, when a blue whale weighing 200 tons gets washed up on a local beach.

Another advantage of working on The Kissing Booth was that Elordi met actress Joey King and got to spend a lot of time with her.

Since the movie’s completion, the couple has been seen together several times in Los Angeles, California, and have drawn the paparazzi’s attention. They go out shopping and have appeared at public functions together and have confirmed they are indeed in a relationship together.

Elordi’s favorite actor is Channing Tatum, and he loves Italian cuisine. His favorite hobbies are singing and traveling.

While going to far off places for sightseeing, he loves taking photos. But surprisingly enough, he doesn’t like his own photo being taken by others!

A Rising Net Worth

Thanks to his work in Hollywood and his modeling assignments, Jacob Elordi’s estimated net worth is currently $350,000 and rising. 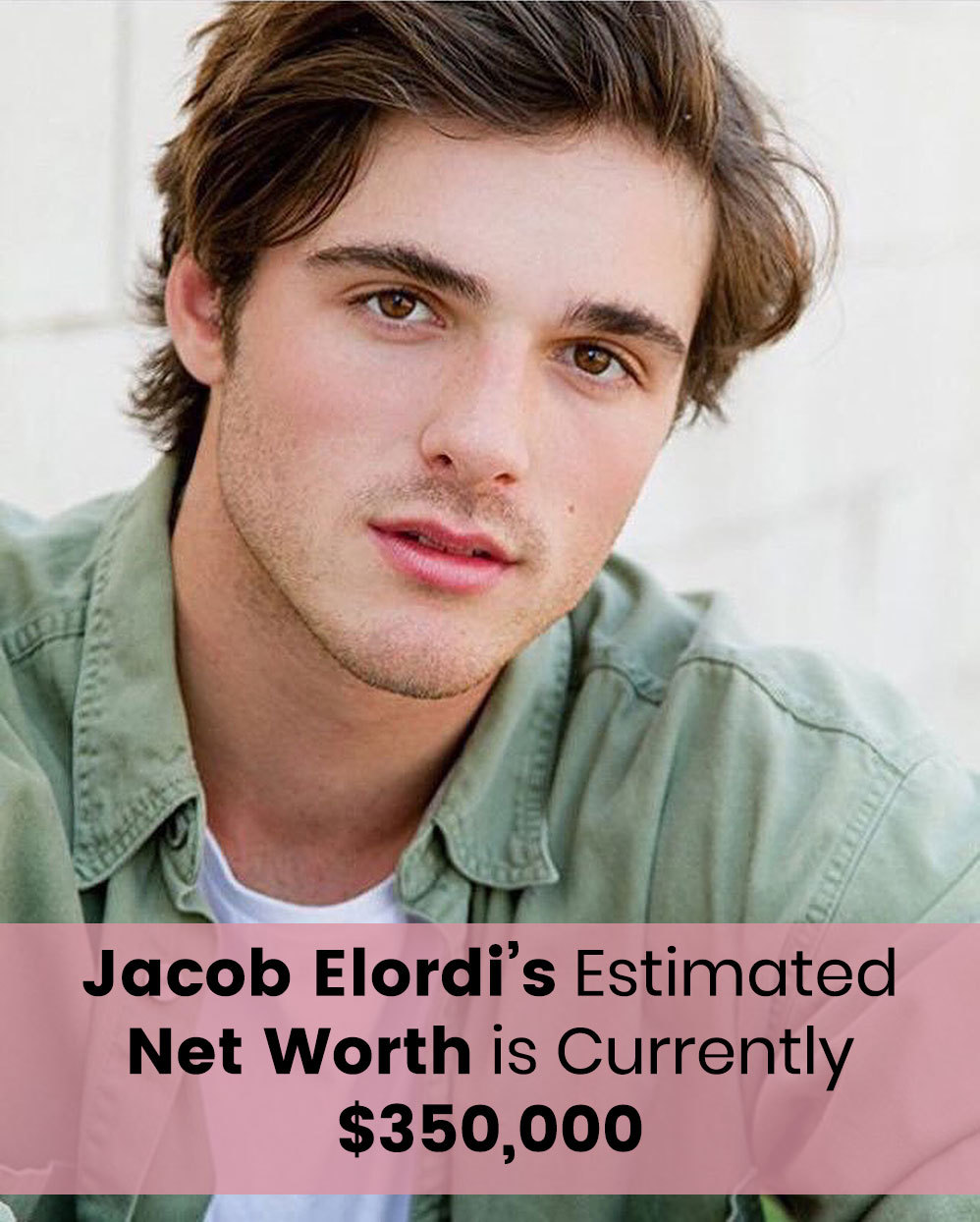 With age and terrific looks on his side, along with a passion for giving his all in his work, there is no doubt that his net worth will rise rapidly in the years to come.

Elordi likes to interact with his fans and keep them informed about the happenings in his life as an actor. One look at his social media accounts proves just that.

Jacob Elordi’s Instagram account features photos of himself, along with plenty of pics of the actor and King having fun together. There are also posters and stills from his time during The Kissing Booth, as well as photos of his idols like Heath Ledger, Marlon Brando, Jim Carrey, and James Dean.