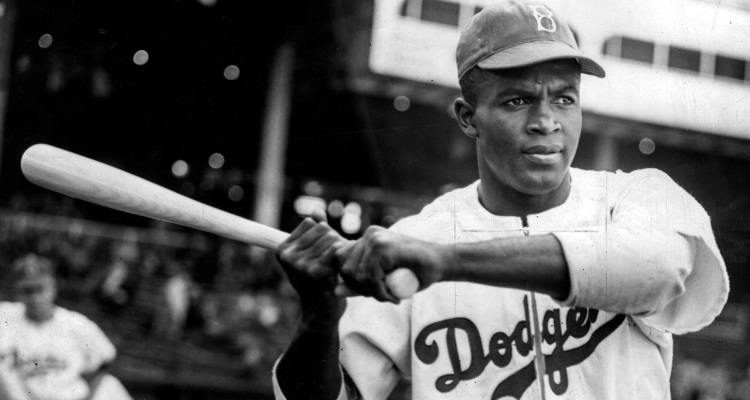 If you know anything about sports legend Jackie Robinson, it’s likely due to either being a huge professional baseball fan or having seen the 2013 film 42, which was based on his life (and named after his jersey number). However, another opportunity to learn about the man who opened up the major leagues to African Americans is coming in the form of a two-part film on his life. Co-directed by Ken Burns and his daughter and son-in-law, the film, titled Jackie Robinson, will air on Monday, April 11, and Tuesday, April 12, on PBS. But if you can’t wait until then, here are some facts to tide you over as you wait for the Jackie Robinson movie.

He Was a Republican–Or Was He?

While Republicans are traditionally stereotyped as being behind the times, including on matters of race, history painted Jackie Robinson as apparently feeling differently. While he did campaign for Republicans, including then-presidential candidate Richard Nixon, he would later admit in his autobiography that he was doing so in favor of a single Republican, Nelson Rockefeller, than for the party as a whole. As such, he preferred to be considered an independent.

He Acted as Peacekeeper

While working for Rockefeller during the 1960s, Robinson would be tasked with calming down African American rioters. And we don’t mean just a few angry people; we mean entire communities that felt slighted. Ironically, in the prior two decades, his own behavior would have made him upset and he would have rioted too; perhaps the extra years of age and wisdom mellowed him out, or perhaps he simply knew he had a job to do.

He Fought Racism as a Child—Literally.

In his youth, Robinson faced a lot of the racial prejudice that one would expect happened in the 1920s and ’30s. However, despite his small size, he didn’t just sit there and take it and, when pushed, would often push back. He would often do things such as refuse to leave a lunch counter until he had been served and would leave the “colored” section of a move theater to sit on the “whites only” main floor. And at least once, when he had rocks thrown at him, he actually threw them back!

He Enjoyed a Quick Fan Turnover

As the first black player in Major League Baseball, Jackie Robinson obviously faced a lot of vitriol from baseball fans who had a problem with the change. In fact, the hate was so strong that he was sent a number of death threats. However, not everyone felt this way and most embraced Robinson playing the game quickly, even voting him onto the All-Star team with the second-highest number of votes only two years after his professional debut.

He Cursed the Red Sox

Jackie Robinson was part of a Boston Red Sox tryout that saw many black players invited to attend. However, the tryout was fake, designed to appeal to a Boston councilman. Robinson was humiliated at the tryout, but got a sort of revenge as the Red Sox, the final MLB team to integrate, had awful seasons throughout most of the ’50s and ’60s.