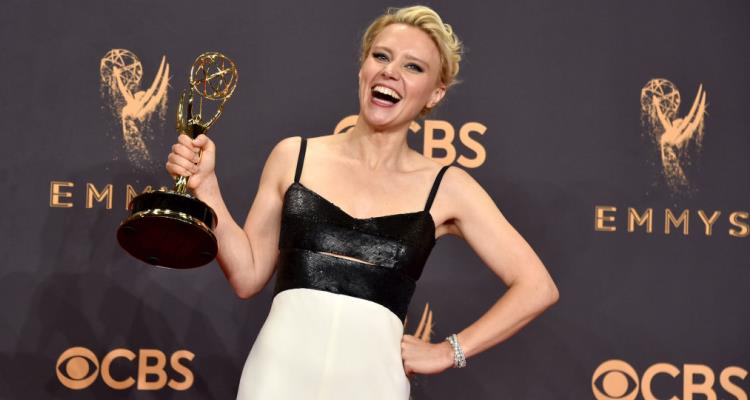 The Emmys 2017 had some memorable moments over the weekend, despite its shockingly low TV ratings. While many are still talking about Sean Spicer’s unexpected cameo, others have turned their attention to the beautiful mystery woman on Kate McKinnon’s arm! Is that Kate McKinnon’s girlfriend? To learn more about her, take a look at our Jackie Abbott wiki.

Who is Jackie Abbott?

Jackie Abbott’s age is unknown but according to her website, she’s an actor, photographer, and artist based in New York City. She was born in Stamford, Connecticut and she graduated from New York University’s Tisch School of the Arts, where she apparently “studied with Olympia Dukakis and worked for Susan Sarandon.” She also received the Tisch Drama Award, according to her online resume. Her website gives a brief biography on Abbott and also showcases much of her work and ways to ask for her services.

If you’re looking for Jackie Abbott’s “hot pics” then head over to her Instagram account (jma­–photgraphy) to see a sample of all of her work. But you won’t find too many of Abbott herself in these photos! Her Instagram is a great way to see life through the lens of Jackie Abbott, as her pictures almost take you away to a pleasant place. You can also contact her for bookings or even just to ask her questions if you’re inquiring about her work. You won’t find any personal pics of Abbott and McKinnon on her page, but there are other pages that show the new couple together. (Not to mention, her debut with McKinnon at the Emmys red carpet!)

Jackie Abbott’s Emmys 2017 debut took place last Sunday as she was McKinnon’s arm candy for the night. It seemed a shock to some to see McKinnon with Abbott, as many were unaware McKinnon was even single again! It was a great night for the Saturday Night Live star as she won an award for her portrayal of Hillary Clinton in many of her SNL sketches.

"Thank you Jack, I love you"

“As minorities, we’re on the fringe, and there’s just something so wonderful about that perspective, something so inspiring,” McKinnon said on AfterEllen. “If you’re a part of that minority, you can make fun of those people while respecting them and lifting them up.”

Fans might also be confused that some sources are saying that the SNL star is still dating Marla Mindelle, but the new couple contradicts those reports. It looks like it’s official that the Rough Night actress is no longer dating Mindelle and has since moved on to Abbott. There’s no word on why they split or even how Abbott and McKinnon met but they certainly seemed to be enjoying themselves at the Emmys this year! We’ve heard far too much news of Hollywood couples breaking up this year, and it seems the trend is growing. Who could be next? For now, it seems Abbott and McKinnon are having a good time and we wish the SNL comedian the best in her new relationship!