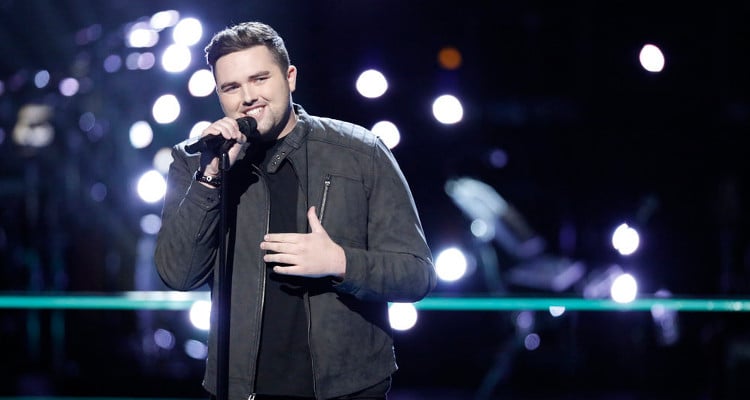 Jack Cassidy continues to hit all the right notes on The Voice season 12. Now, he is gearing up for the Knockout Round to hang on to his spot on Team Alicia. You can get a peek at his preparations for the Knockouts through his social media accounts.

The artists on The Voice season 12 are pulling out all the stops. The final Knockout Round will premiere tonight, and the remaining contestants are fighting for a spot in the Live Playoffs. Jack Cassidy continues to impress the coaches and viewers. With his grandmother being the charismatic Shirley Jones from The Partridge Family, music and stardom are part of his legacy. His most recent performance in the Battle Rounds with fellow contestant, Hunter Plake impressed Alicia Keys enough to declare him the winner of the round. But Plake was no loser, since Coach Gwen Stefani swooped in and stole him onto her team. Both artists are now preparing for the Knockout Rounds. With such strong contenders remaining in the competition, tonight will be one nail-biting episode!

Many are curious to know what goes on behind the scenes of The Voice. Knowing how the artists prepare and what they do when they’re not rehearsing is always interesting to see, and there’s nothing better than the contestants’ social media accounts to check out their behind-the-scenes journey. Jack Cassidy is active on Instagram, Facebook, Snapchat, and Twitter. These social media outlets are great mediums to get updates on his Voice preparations. Here’s how you can follow him on social media.

The 18-year-old’s Instagram username is “jackcassidyofficial.” Since his debut on The Voice, he has already garnered over 3000 followers. Besides posting about his Voice performances, he’s seen spending time with friends and family. He’s also been seen hanging out with a few of his fellow competitors. There are pictures of his graduation, vacations, and his volunteer work in Uganda.

You can check out Jack Cassidy’s Facebook page for more of his updates. Besides his family, some of his friends include other contestants like Enid Ortiz, Johnny Gates, and Hunter Plake. You can have a throwback to the pre-Voice Jack Cassidy with several of his older posts on Facebook.

You can also add to the artist on Twitter, where he’s very popular with over 2000 Twitter followers. His Twitter username is “jackgcassidy.” He loves giving real-time updates of his time with the other contestants. His most recent tweets are of his dinner with friend/rival, Hunter Plake after their spectacular Battle Round performance.

Snapchat users are in luck! Cassidy recently posted details of his Snapchat account on Instagram. His Snapchat username is “realjackcassidy.” He’s teasing some inside scoop about the show, so you better add him now! His friends got a good laugh at his expense when he said “Follow me on snap chat” instead of “add me.”

The final Knockout Round of The Voice season 12 airs tonight at 8:00 p.m. EST on NBC.