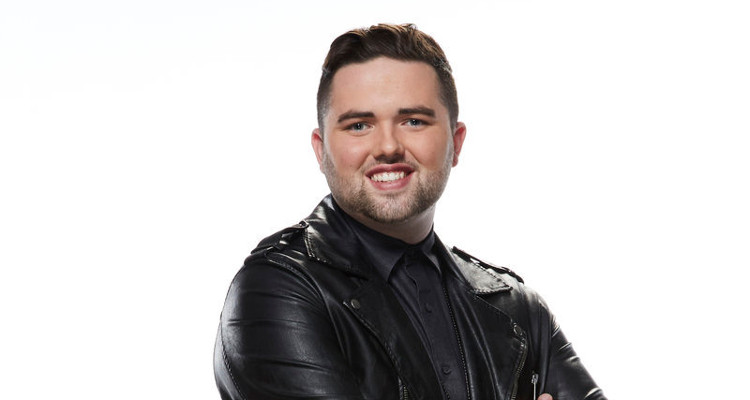 Good news for Team Alicia! Jack Cassidy is back on The Voice, thanks to coach Alicia Keys. The young singer comes from very talented and prominent roots, but his spectacular voice is all his own. Here is everything you need to know about Jack Cassidy’s family.

Monday and Tuesday nights have become even more interesting, now that Jack Cassidy is back on The Voice 2017! He has dodged elimination once again as he was chosen as one of the four “Comeback Artists.” Jack Cassidy was originally eliminated during the Knockout Rounds on The Voice, but coach Alicia Keys brought him back to the show. “I don’t want you to go home, so you’re going to be my comeback artist!” she said. Alicia explained her reasoning, saying, “I brought Jack back because I know we haven’t seen what I’ve seen. When I hear him sing, I hear something really unique.”

It's official everyone!!! I'm back on The Voice and its about to get real during the #thevoiceliveplayoffs!! Everyone vote on Twitter #voiceplayoffsjack to vote and vote for me on the official 'Voice' app as you also download my song!! There's ALOT!! If your in the East coast or Central coast vote when Carson daily opens up the window for Team Alicia, if your on the West coast then you have to do all these steps during about 6:10 pm Pacific Time! Everyone be on your game cause I'm about to be on mine!!! Love you all!! This is big time, and God is so GOOD!! #thevoice #thevoiceliveplayoffs #voiceplayoffsjack #feelthelove #teamalicia #teamblake #teamadam #teamgwen #teamjack #comeback #jesus

Alicia Keys coached Jack, who made an excellent comeback by singing Elton John’s, “Don’t Let the Sun Go Down on Me.” Alicia praised his performance saying, “This is absolutely that 100 that I was talking about,” she continued. “You did it, and if nothing else, you rose to your greatness here tonight on that stage and that is the most important, incredible thing. And, I know your family is home going crazy for this performance.”

Jack’s grandmother, Shirley Jones is especially excited about her grandson being on The Voice. He comes from a very talented background, which is why it comes as no surprise that Jack is a natural in the spotlight. Here are some details about Jack Cassidy’s family, a lot of whom you might recognize.

Shirley Jones is a very famous singer and actress. She was born on March 31, 1934 in Charleroi, Pennsylvania and was a prominent actress who worked in several movies and TV shows in the ’50s, ’60s, and ’70s. She is well-known for her roles in the movies Oklahoma!, Carousel, The Music Man, The Secret of My Success, Grandma’s Boy, and On the Wing. In the television world, Shirley Jones was renowned for her role as Shirley Partridge on The Partridge Family, where she worked with her stepson, David Cassidy.

I'm on #harrytv tonight on fox at 4pm. Thanks for having me @harryconnickjr!

David Cassidy is a retired singer, actor, and a guitarist, who is famous for his role as Keith Partridge in the 1970s sitcom, The Partridge Family. He is the son of late singer and actor, Jack Cassidy and the late actress, Evelyn Ward. As a child, David’s father and mother divorced, with his father remarrying Shirley Jones. David has three half-brothers from his stepmom: Shaun, Patrick and Ryan.

Jack Cassidy’s father is Patrick Cassidy, who is renowned for his role in musical theater and television. His mother is Melissa Hurley, who is also an actress. Patrick and Melissa have two sons, Jack and Cole Patrick.

Shaun Cassidy is Jack Cassidy’s uncle. Shaun is a television producer and a former singer, who is well-known for his roles in The Hardy Boys Mysteries and Breaking Away.

Tune in to NBC tonight at 8:00 p.m. EST to catch more of Jack Cassidy’s journey on The Voice because the competition for the live playoffs is really starting to heat up!