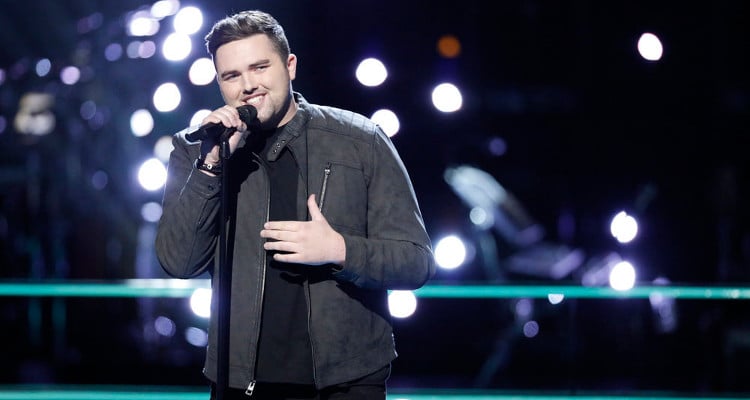 Jack Cassidy was drawn to music and started singing at the age of seven. Cassidy sang his heart out on The Voice 2017 and is now ready for the Knockout Rounds. He has a passion for singing and wants to help underprivileged children live better lives.

Coming from an established musical family is a double-edged sword. While it makes it easy to pursue music, it makes it doubly hard to carry the legacy. Jack Cassidy finds himself in this position. His grandmother, Shirley Jones, acted in the 1970s musical sitcom The Partridge Family. So one can say that the young star has music in his blood. However, that didn’t make things easy for him on The Voice 2017 as there are so many other talented singers in the competition. Who is Jack Cassidy” We have details from Jack Cassidy’s wiki.

A Call to the Heavens

Jack Cassidy immediately impressed the coaches during his Blind Audition where he sang a passionate version of the Joan Osborne classic, “One of Us.” Cassidy put everything he had into the performance, leading Adam Levine and Alicia Keys to turn their chairs around. In the end, he chose Alicia Keys to be his coach.

The Pain of Unrequited Love

Then came the dreaded Battle Round. Hunter Plake and Jack Cassidy faced off and sang a soulful rendition of the Robyn song “Dancing on My Own.” Cassidy sang each note perfectly, with the lyrics and tone of the song clearly coming through in his voice. Though it was a tough call, Keys ultimately decided that Cassidy was the winner of the Battle Round. She said that Cassidy had an awesome stage presence and he filled the room with his beautiful voice. However, Plake’s performance struck a chord with both Adam Levine and Gwen Stefani who each decided to use a steal on the talented singer. Officially on Team Gwen, Hunter Plake will also be competing in the Knockouts.

A Childhood Passion for Music

Jack Cassidy was drawn towards music from a very early age thanks to his family, and spoke about his experience finding himself during the pre-recorded interview played in his Blind Audition, “It was amazing that my teaching got to be from my family. Growing up, everyone was a singer, everyone had their own careers. It’s just been this searching and this struggle finding out who I was.” Even though Cassidy’s age is just 18, he has been honing his skill for nearly his entire life, giving his voice the sound of a professional singer. At seven, Cassidy joined his father on tour and started singing in the car. His parents were surprised and supported him in his journey to become a singer. Cassidy learned to play the piano and, in high school, he went on mission trips to countries like Uganda and the Dominican Republic where he sang and played music with the local children.

Music is His Calling

Cassidy believes that he found his calling in singing for a ministry and helping both children and adults who need love and support. If you take a look at Jack Cassidy’s Instagram account, there are pictures of him at The Voice 2017, with other contestants, as well as the singer on his missions. Right now, he is working hard, preparing for the Knockout Rounds where he will need to give a power-packed performance in order to stay in the competition.