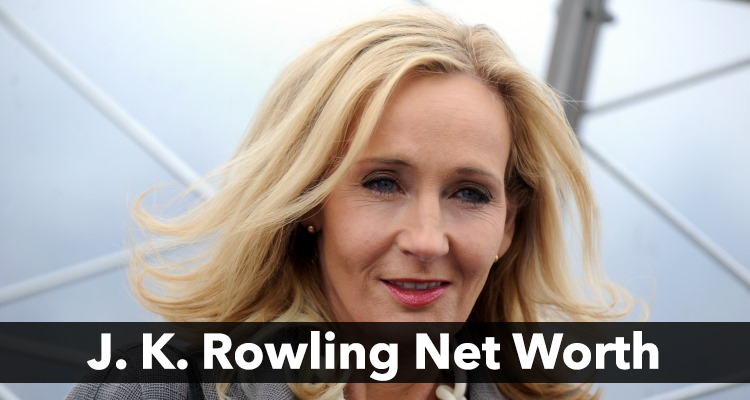 J.K. Rowling’s life is the epitome of a rags to riches story. The creator of the phenomenally successful Harry Potter saga stunned the publishing world with her vast self-made fortune. Check out J.K. Rowling’s net worth according to the latest estimate below.

J.K. Rowling’s net worth may not come as much of a surprise to die-hard Harry Potter fans who have witnessed the magnitude of the young wizard’s mass appeal. The immensely popular seven-book series has been translated into 65 languages and has sold over 400 million copies worldwide. If that wasn’t enough, the Harry Potter franchise has churned out blockbuster films that have sent the box-office registers ringing as well as theme parks, video games, and wildly popular Harry Potter merchandise. The 51-year-old writer catapulted to billionaire status, becoming richer than the Queen of England, although some media outlets have disputed J.K. Rowling’s net worth. The Harry Potter novels are considered the best-selling books in history, and have made their creator the first billionaire author in the world. Known for her down-to-earth demeanor and modesty, Rowling has remained tight-lipped on the subject, disputing claims of being a billionaire. Here is J.K. Rowling’s net worth including her house, earnings, and salary as of 2017.

The money-making saga based on a coming-of-age wizard has earned Rowling her well-deserved fortune of $1.0 billion.

In 2012, Forbes booted Rowling off the billionaire list due to the nature of her generous charitable donations, and the hefty taxes imposed by the British government. Following the release of Harry Potter and the Cursed Child and Fantastic Beasts and Where to Find Them last year, J.K. Rowling’s net worth has further increased, and she is back to billionaire status according to the latest estimates. Despite her vast fortune, Rowling stated in an interview that, “I’ve got plenty of money, more money than I ever dreamed I would have. But I am not a billionaire.” Looking at her $1.0 billion net worth, we beg to differ!

How Rich is J.K. Rowling? Net Worth Breakdown

There’s no doubt that Rowling’s earnings from her books, movies, theme parks, and the new television licensing deal for Harry Potter movies have brought her net worth to $2.2 billion. Reportedly, after Britain’s top tax rate of 45%, she will end up with a lesser, but still staggering, $1.2 billion. J.K. Rowling, whose real name is Joanne Kathleen, also takes home a substantial licensing fee from the new Harry Potter play and merchandise, as well as capital gains and investment income. The magnanimous author is well-known for her philanthropy, and it is estimated that she gave away $160.0 million to charity in 2012.

In 2015, J.K Rowling’s earnings were roughly $13.0 million from the continued sales of her books and proprietary web site Pottermore. Her debut adult novel The Casual Vacancy was released in 2012, and turned into a television mini-series by BBC. Moreover, Rowling has retained the exclusive rights to distribute Harry Potter e-books, becoming the only writer to negotiate such a deal with her publishers. 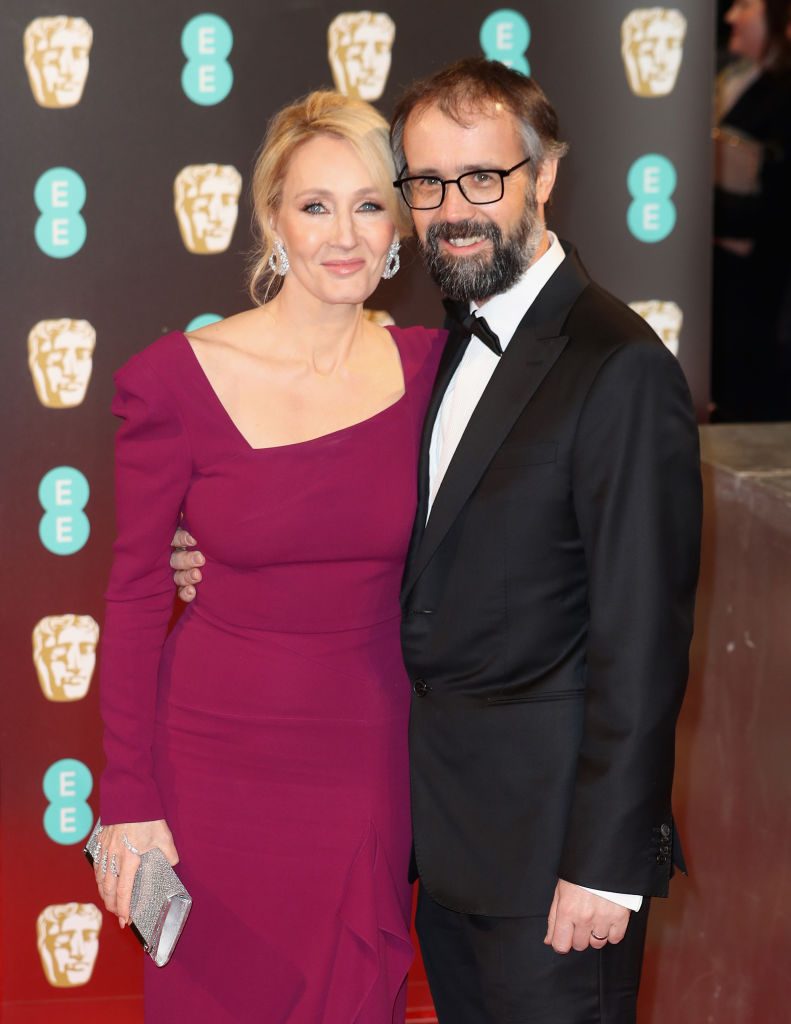 In November 2016, a spin-off movie titled Fantastic Beasts and Where to Find Them was released—based on a namesake book written by Rowling—and raked in over $150 million at the international box office. The Wizarding World of Harry Potter at Universal Studios remains a wildly popular attraction and amusement theme parks have sprouted up in Hollywood, Osaka, as well as London. Additionally, Rowling’s two-part play Harry Potter and the Cursed Child has met with resounding success and is scheduled to hit Broadway next year. The script became an immediate no. 1 best-seller, and the $250 million television rights have been optioned to NBC.

The story of how Rowling came up with the idea for the first Harry Potter book is now a legendary tale, that will be told to the grandchildren of die-hard fans for years to come. While working at the Chamber of Commerce in Manchester, U.K., Rowling concocted the story for her debut novel Harry Potter and the Sorcerer’s Stone during a four-hour delayed train ride. She famously stated that the idea for the story of a young boy attending a school of magic and wizardry “came fully formed” into her mind.

Born and raised in Gloucestershire, England, Rowling’s father, James, was an aircraft engineer for Rolls-Royce, while her mother, Anne, was a science technician. As a child, Joanne wrote fantasy stories which she read to her younger sister, Dianne. She was extremely close to her mother who suffered from multiple sclerosis for a decade, and was deeply affected by her death in 1990. Rowling had already begun writing the Harry Potter novels on a manual typewriter, when she moved to Portugal to become an English teacher. 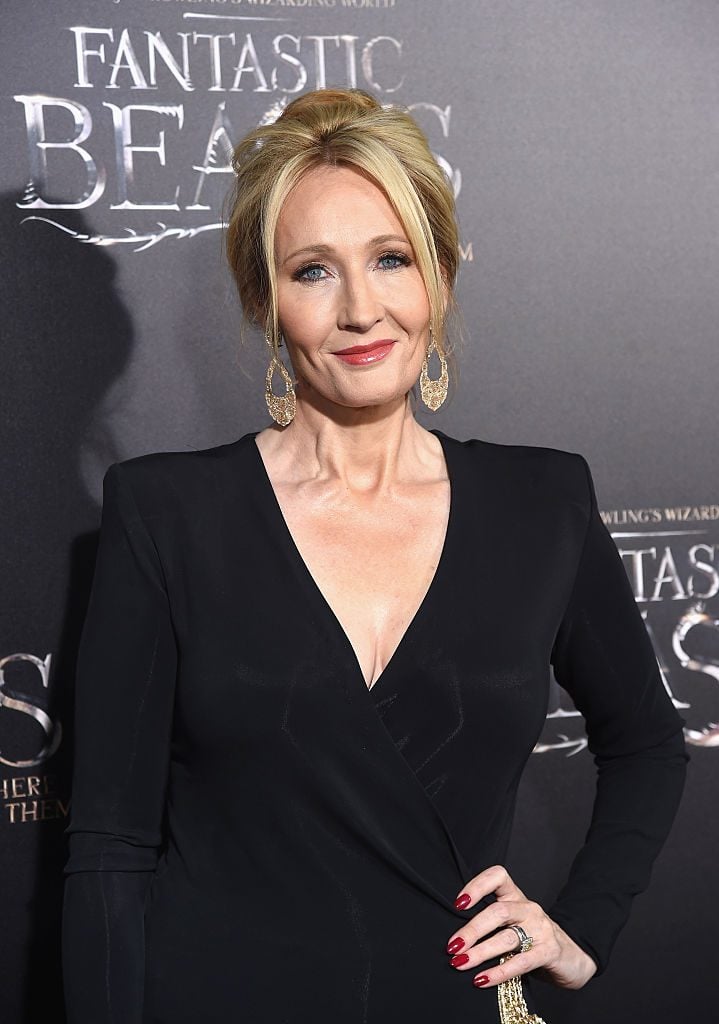 J.K. Rowling fell in love with and married a Portuguese television journalist named Jorge Arantes, with whom she had a daughter named Jessica, who is now 23 years old. Following marital strife, she filed for divorce and moved to Scotland, where she completed her first novel while living in abject poverty. Things began looking up for Rowling after the success of the Harry Potter books, which had initially been rejected by 12 different publishers. By 2001, Rowling married Dr. Neil Murray and now shares two children with him, named David and Mackenzie. Today, she lives with her family in a $2.75 million mansion in Edinburgh, Scotland; a far cry from when she lived on state benefits!