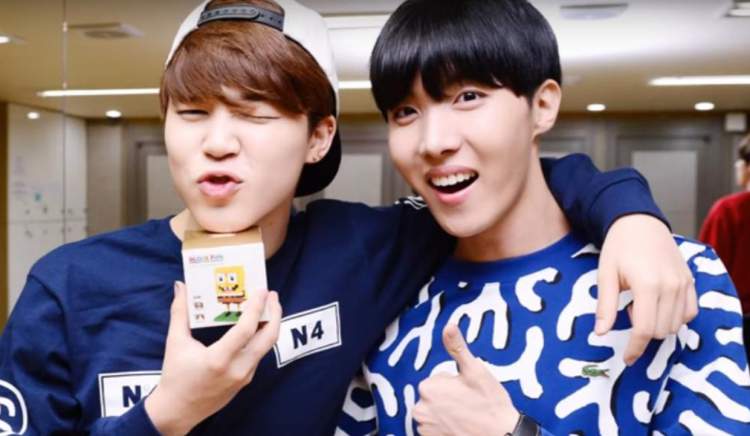 If your Valentine went missing on February 14, what would you do? Trend a hashtag on him? Well, that’s what ARMYs, the enthusiastic fans of the Kpop boy band BTS are doing. The BTS member J-Hope is MIA, and ARMYs are trending #WhereIsHoseok on Twitter.

Millions of fans’ have their Valentine’s plans in jeopardy after their boyfriend went missing. We’re talking about the mega Korean pop sensation, BTS, and their dancing king, J-Hope or Jung Hoseok. The Bangtan Boys’ official fan community, the ARMYs, have a penchant for melodramatizing. It keeps things lively within the fandom. That’s why ARMYs have hilariously sparked a Twitter trend asking where is Hoseok? Here’s how ARMYs are winning the Internet.

Even if you’re not into Kpop, we’re sure you’re familiar with BTS by now. The seven-member boy band with a wide range of vocals, catchy music, intensive choreography, lyrics that give out social commentary, and a lively social media presence dominated American media for the latter half of 2017 and Billboard charts for 2018.

Even John Cena, Camilla Cabello, and Shawn Mendes are fans! They had appearances on Jimmy Kimmel Live, The Ellen DeGeneres Show, American Music Awards, and a lot more shows. And every time, the deafening voices of their fans demonstrated the star power of this boy band.

ARMYs can have extremes when it comes to their beloved Bangtan Boys. That also includes an extreme sense of humor.

It's been reported Jung Hoseok has been reported missing from his partner in crime, Park Jimin. The pair were last spotted enjoying their time at Disneyland taking selfies and videos before Jimin arrived in Korea.

J-Hope is perhaps busy with his own thing, but ARMYs wouldn’t be ARMYs if they didn’t make this a global issue. So they trended #WhereIsHoseok (Hoseok being J-Hope’s real name) on Twitter to bring attention to this grave issue that is J-Hope’s disappearance.

Hoseok at his hotel room in Japan chilling when he decides to go online and sees that ARMYs are trending #WhereIsHoseok ?? #iHeartAwards #BestFanArmy #BTSARMY pic.twitter.com/Hec21Nw1mp

Sure this is all in humor, but take it seriously. It’s a big deal when you make Valentine’s plans and said Valentine has slipped under the radar. (Yes, ARMYs think of BTS as their boyfriends. They don’t comment on Beliebers or One Directioners, so shush!)

The anxiety stems from a possible mixtape J-hope is set to drop. Fans have deduced he’s working on new music and will release it once he’s back home. However, only Jimin returned which raised questions about J-Hope’s whereabouts. There are some hysterically sinister conspiracy theories floating around.

Valentine's day and armys are searching for one of their boyfriends. #WhereisHoseok#iHeartAwards #BestFanArmy #BTSARMY @BTS_twt

This isn’t the first time ARMYs have initiated a global Twitter search for the boys. Back when the group was set to land in the U.S. for the 2017 AMAs, fans were ready to welcome them at LAX.

But when BTS was nowhere in sight, ARMYs began to anxiously tweet #WhereIsBangtan. Within moments, the hashtag became a worldwide trend with fans across the globe joining in.

This week on Buzzfeed unsolved we investigate the mysterious disappearance of Jung Hoseok. The idol and his member were due to arrive in South Korea today when only one arrive, Park Jimin

Conspiracy theory: He was kidnapped to prevent the hixtape from dropping

Hoseok is probably enjoying an extended trip in Japan. We just hope he knows that he has set off a hilarious Twitter storm.