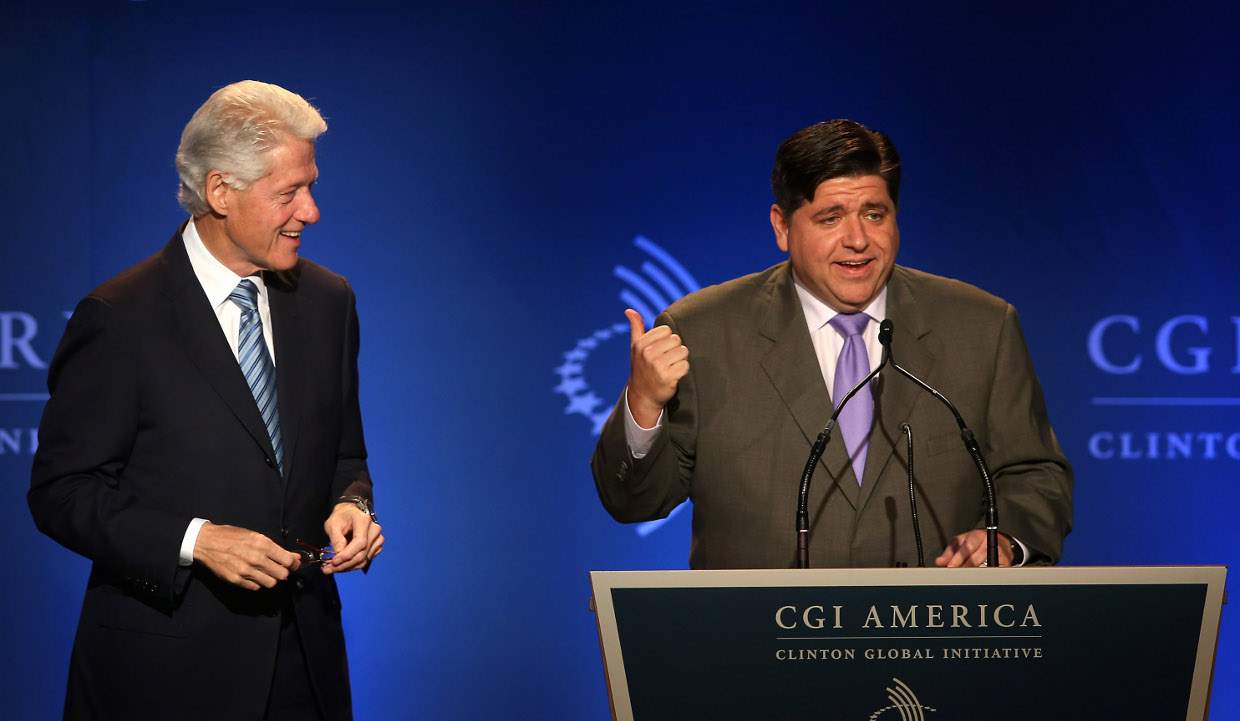 Venture capitalist-turned-politician J.B. Pritzker will be the Democratic candidate for Illinois governor in the November elections. If he defeats incumbent Governor Bruce Rauner, J.B. Pritzker and his wife will be moving into the official residence of the Governor of Illinois—the Illinois Executive Mansion! But who is the wife of the potential new governor? Read on to learn all about her.

J.B. Pritzker emerged victorious in the Illinois Democratic primary for governor. The entrepreneur has gone on to become a frontrunner since his entry into the gubernatorial race.

Mary Kathryn Muenster, who is J.B. Pritzker’s wife, has been his biggest supporter through it all.

Learn more about the possible First Lady of Illinois with details from Mary Kathryn Muenster’s wiki.

Who Is Mary Kathryn Muenster?

Mary Kathryn “M.K.” Muenster is not an outsider to the political scene. She is the only girl and middle child of three kids born to Karen and Theodore Muenster.

Karen Muenster was a South Dakota State senator. Meanwhile, her husband, Theodore Muenster unsuccessfully ran for the U.S. Senate in 1990.

Mary Kathryn Muenster attended the University of Nebraska but took a break from school to work in Washington D.C. She was an aide to U.S. Senator Tom Daschle of South Dakota.

Muenster grew up in the Midwest and was especially close to her grandmother. “She was the most amazing person who taught me how to knit and farm and the importance of giving,” explained Muenster.

“I fed the pigs every morning. My grandparents weren’t well off. But it was the best time. She was the church secretary at the First Christian Church in Beatrice, Nebraska, and she would collect the donations,” she recalled.

From my family to yours, wishing you all a very happy holiday season and a merry Christmas to those celebrating today!

They Met on a Blind Date!

It was during Muenster’s days at Capitol Hill when she met her future husband, Jay Bob Pritzker. Three decades ago, Pritzker was working with U.S. Senator Alan Dixon.

A mutual friend set up Muenster and Pritzker on a date. And when Pritzker saw Muenster, he was apparently “bowled over.”

But the date nearly went downhill when Pritzker realized he forgot his wallet in his car, four blocks away! Not wanting his pretty date to foot the bill, Pritzker excused himself and sprinted to his car.

“I returned 10 minutes later. I thought it was over,” Pritzker said.

Fortunately for him, Muenster didn’t leave. However, she did wonder why her date was sweating and breathing heavily!

The couple hit it off from there and tied the knot in 1993. They are now the proud parents of two children.

She Supports His Political Ambitions

Back in 1998, Pritzker had put in his own money to run for the U.S. House of Representatives. He didn’t win the Democratic primary, but he still had his wife’s support.

“I felt the voters had chosen the wrong person, but I’d married the right one,” Muenster quipped. “Politics has always been part of J. B.’s life. It’s like his right arm. And since I married him, I’m along for the ride.”

About his run for Illinois governor, Muenster believes that he’ll be as good a governor as he is a husband.

“I’ve known him for 30 years and not once has he let me down. He will not let the people of the state down,” Muenster said, adding that in their almost 25 years of marriage, she has never seen him so excited about helping people.

Muenster is active in philanthropy and is the president of a non-profit organization called Evergreen Invitational NFP. She also serves as the president of the Pritzker Family Foundation and is involved in other family foundations.

Also Read: Find Out about Megan Barry, The Former Nashville Mayor Who Had an Affair