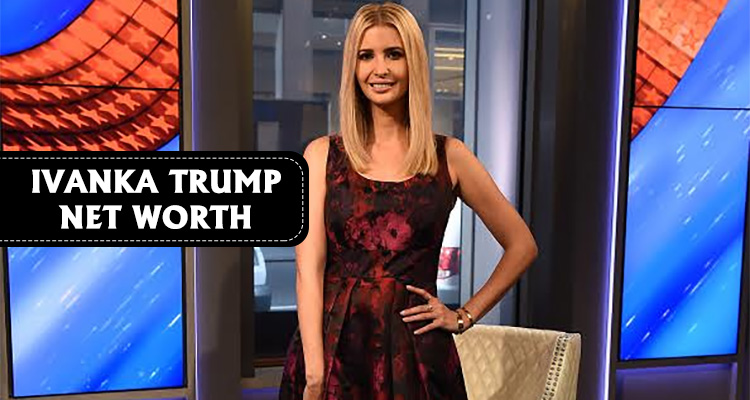 Model, reality star, and author, Ivanka Trump is certainly a Jill of all trades! It comes as no surprise that Ivanka Trump’s net worth is estimated to be $150 million. Here is everything you need to know about her net worth in 2017.

Although Ivanka Trump’s husband, Jared Kushner will be serving as an adviser to President-Elect Donald Trump, whether she will have a job in D.C. remains unknown. As she has resigned from her post at Trump Organization, the future plans of Ivanka Trump have not yet been disclosed.

Considering Donald Trump’s net worth, the fact that he has refused his presidential salary will not hinder his wealth. But will his presidency affect his children’s net worth? Ivanka Trump’s net worth is estimated to be $150 million, thanks to her father’s business as well as her own. But how will that change once she moves to Washington?

How Rich is Ivanka Trump?

Ivanka Trump’s whopping net worth is a result of her business ventures. She also owns a couple of businesses in addition to being the VP of development and acquisitions at her father’s company. She is also a part of a blog and lifestyle web site dedicated to modern, professional women. Though people feel that Donald Trump’s children are only well off because of their father’s money, Ivanka Trump managed to increase her net worth through her own ventures.

Before her involvement in the business world, Ivanka Trump used to work as a model, just like her mother. In 1997, she was featured on the cover page of Seventeen magazine. She has also modeled for various brands, including Versace and Tommy Hilfiger. Part of her income has also come from television appearances on The Apprentice 6, Project Runway and Gossip Girl.

Before Ivanka Trump joined her father’s business, she worked with Dynamic Diamonds Corp. to produce a line of jewelry that she designed herself. This line was featured in Dynamic Diamond Corp.’s first brick-and-mortar store called Ivanka Trump. The store is situated in Manhattan’s Madison Avenue. As she has stepped down from her father’s company to move to Washington and support her husband in his new post, Ivanka Trump’s future endeavors are unknown at this time.

Ivanka Marie Trump’s parents are former fashion model, Ivana Trump and President-Elect Donald Trump. Her parents got a divorce when she was nine years old. She has two brothers, Eric Trump and Donald Trump Jr., a half-sister named Tiffany Trump, and a half-brother named Barron Trump.

Ivanka Trump went to Georgetown University for two years, but later transferred to Wharton Business School at the University of Pennsylvania. In 2004, she completed her Bachelors of Economics program and obtained her degree. She started dating Jared Kushner in 2005. After dating for three years, the couple broke up because Kushner’s parents were against the relationship. However, in 2009, the couple got back together and soon got married. They have one daughter and two sons.