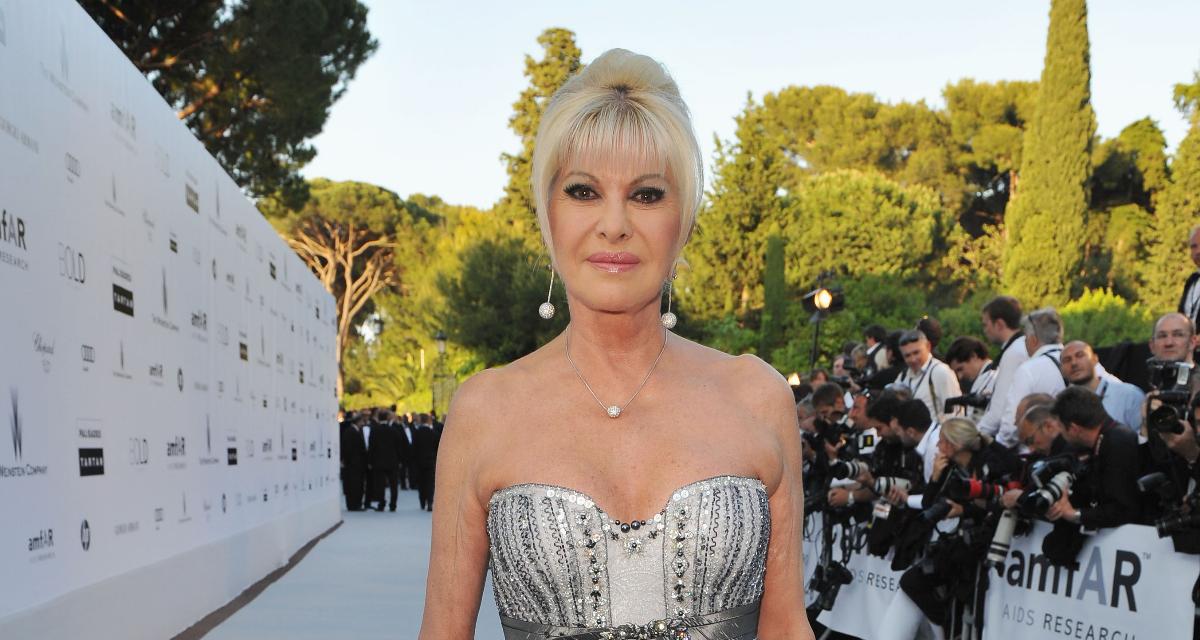 Ivana Trump arrives at amfAR's Cinema Against AIDS 2010 benefit gala at the Hotel du Cap on May 20, 2010 in Antibes, France. (Photo by Pascal Le Segretain/Getty Images for amfAR)

It’s debatable whether it’s a good thing to be the ex-wife of Donald Trump. It’s a position Ivana Trump has been in now since the couple’s public and messy divorce in 1992. The couple had been married for 15 years before they split, and the Ivana Trump net worth certainly took a spike because of the breakup.

It is estimated that Ivana Trump’s net worth is now $60 million. Though she received approximately $20 million in the divorce settlement, she has also been able to generate some income on her own by using the Trump name.

Prior to getting married to Trump, Ivana was actually a very successful skier during the ‘70s. She would later take her championship level knowledge of skiing to Canada where she coached skiers in Montreal for several years. She tried her hand at modeling, but focused on her athletics, which eventually took her to New York City.

It was in the Big Apple that Ivana came to know Donald Trump. They met some time in 1976, and after a relatively brief courtship, they got married the following year. They had three children—Eric, Ivanka, and Donald Jr.—and enjoyed a marriage with the media as much as they did each other.

Ivana trump did not shy away at all from the spotlight or from letting it be known that she was Donald Trump’s wife. She was an eager socialite and had no issue with showing off her new-found wealth across New York City. In 1990, an article in Vanity Fair stated that Ivana had “appeared to have studied the public behavior of the royals.”

The article speaks of Ivana’s hand-waving gestures and of having the staff greet dinner guests outside at Mar-a-lago, the Florida estate that Ivana insisted Donald purchase. This was all for show of course, as most of the staff was hired only for the night; it created more stir around the supposed privilege of receiving an invite to the Trump home.

During their marriage, Ivana was also the president of interior design for the Trump Organization. But this position wouldn’t last—and neither would their marriage: the pair divorced in 1992 after 15 years of marriage, bringing an end to the often-troubled relationship.

Ivana may have been enamored with Donald during their marriage, but she wasn’t naive. She seemed to have picked up some of his business acumen, and after their divorce, she went on to lead a successful entrepreneurial career. Her first move was investing parts of the $20 million she received in the settlement.

But that was just the beginning. Ivana started a successful clothing, perfume, and accessories line. She also took to publishing a few books, the more popular of which was called The Best is Yet to Come: Coping With Divorce and Enjoying Life Again. In that book, she advises women to “take his wallet to the cleaners.”

Ivana Trump continues her life now as a socialite and earns revenue from her branding and books. She’s recently made headlines for criticizing Trump’s current wife during his presidential campaign. She was reportedly quoted as telling a friend that Melania Trump “can’t talk, she can’t give a speech, she doesn’t want to go to events.” She has, however, been more supportive of her ex-husband in his bid for presidency.