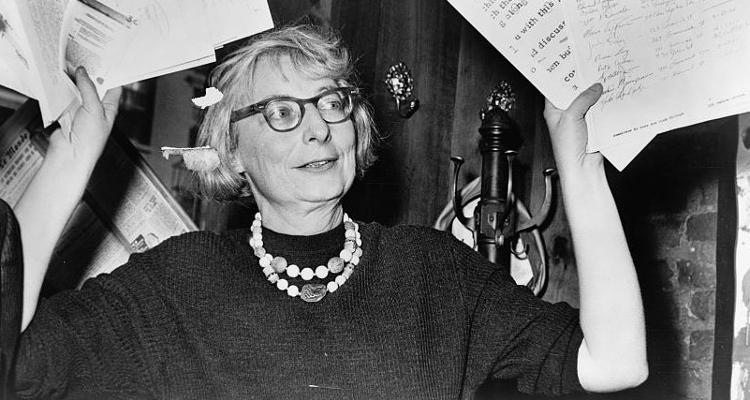 May 4 marks the 100th birth anniversary of Jane Jacobs, a Canadian-American author whose concepts and books revolutionized the very meaning of “civilization.” Celebrating Jane Jacobs’ birthday, you will be glad to look at Jane Jacobs’ works and her significance to today’s society. We get how most of us are wondering, “Who was Jane Jacobs?” Well, before you read an in-depth answer to that question, you should know that Jane Jacobs was the author of The Death and Life of Great American Cities, which became a major influence for several urban studies.

As the day marks Jane Jacobs’ 100th birthday, people wonder why the author is so notable that her life and work are still celebrated today, even after her death in 2006. This is because Jane Jacobs and her literary work in the 1960s defined many concepts for urban renewal. Jane Jacobs was the first one to introduce concepts like “social capital,” “slum clearance,” and “eyes on the street.” These ideas brought sociology and developments to the hands of common people. It was through Jane Jacobs’ books that people understood that developing a city is a collective effort of the residents as well as of the government.

So, take a look at these five facts about Jane Jacobs to know her legacy and contribution to today’s world.

Who Was Jane Jacobs?

Jane Jacobs was born on May 4, 1916, as Jane Butzner in Scranton, Pennsylvania. She graduated from Scranton High School and assisted the women’s page editor at The Scranton Tribune. Jane Jacobs’s true identity was established when she moved to New York City. After studying political science, economics, law, and geology from Columbia University, Jane Jacobs began her journey as a feature writer, a journalist, an author, and a social activist.

The Death and Life of Great American Cities

During the Great Depression in the 1930s, Jane was writing articles about the flaws in urbanization for several magazines. Her piece in The Fortune grabbed the attention of the Associate Director of the Humanities Division at the Rockefeller Foundation. Rockefeller awarded a grant to Jane Jacobs and she began her research on city planning and urban life in the States.

Her Struggle for Greenwich Village

As a tribute to Jacobs, the Rockefeller Foundation created the Jane Jacobs Medal, which is awarded to “recognize individuals who have made a significant contribution to thinking about urban design, especially for New York City.”

The Canadian Urban Institute has an award in her name to recognized the significant impact of any individuals work in improving the health of a specific urban region. The Jane Jacobs Lifetime Achievement Award is one of the most acclaimed award for people showcasing notable leadership in the field of urbanization.