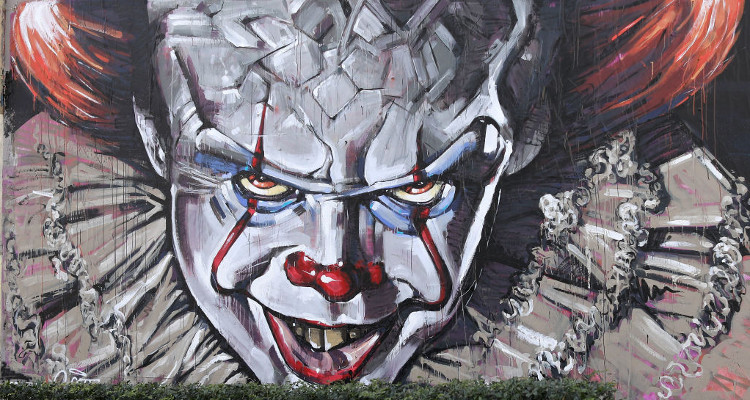 It returns to the big screen to terrorize audiences and people couldn’t be more excited! The movie is based on a 1986 Stephen King novel of the same and garnered great reviews from all quarters. It’s a thrill ride with all the frightening elements to keep you up at night, surrounding a clown that could haunt anyone’s nightmares. When the film was first announced, it was teased that there would be two parts to it. Will It return to haunt everybody once again? Read below to find out!

Stephen King’s novels and short stories have always been a goldmine for Hollywood. Many of his works have been adapted to both the big and small screen, striking gold at the global box office. Some films that come to mind are Misery, Carrie, The Shining, Stand by Me, The Shawshank Redemption, The Green Mile, and The Dark Tower. The latest Stephen King book to get a reboot is It, based on the novel that was released in 1986. Once adapted in 1990 as a two-episode miniseries, it has now been made into a feature film. It premiered on September 5, 2017, in Los Angeles, California and was released all across the United States on Friday, September 8, 2017. People are curious to know if there is an It after credits scene or if we can expect It chapter 2 anytime soon. We will tell you everything we know about the possibility of an It post credits scene. So, keep reading!

It tells the story of seven children in Derry, Maine, who are terrorized by an eponymous being in the form of a clown named Pennywise. He forces the kids to face their demons and the film is certainly not for the weak hearted. The It reviews have been uniformly positive, and critics have praised the film for its acting, direction, and faithfulness to the novel. In fact, some of the critics have called it one of the best adaptations of a Stephen King novel —which is really saying something! So, is there an It end credits scene? Though there is no It post credits scene, there is a tease at the very end of the credits that might confirm rumors of a sequel.

At the end of It, it seems Pennywise the clown is defeated by the heroic children, but that might not really be the case. When the children unite to fight him, they overcome their fear of “It,” which is bad news for the creature. It is a shape-shifting monster that returns to prey on children every 27 years. But the ending of the film suggests that we have not seen the last of Pennywise. At the end of the movie, there is a title card that appears which simply reads “IT: Chapter One,” making fans speculate that a second chapter might be in the works. Pennywise the clown’s sinister laugh can also be heard, hinting that the monster is not actually gone for good.

Sequel in the Making?

Another giveaway of an It sequel comes in the shape of an interview given by Bill Skarsgard (who plays Pennywise) to Metro UK.  “It’s a different story, but I’m excited to delve in deeper to the character as there’s more exploration for who Pennywise is.” Skarsgard hopes that a sequel will explore the shape-shifting creature, as opposed to the It that enjoys taking the form of Pennywise, “That’s where I want to go for the second one, to delve into the psychological and metaphysical spaces of this transdimensional being.” So the good news for Stephen King fans is that there could be another It as early as 2018!