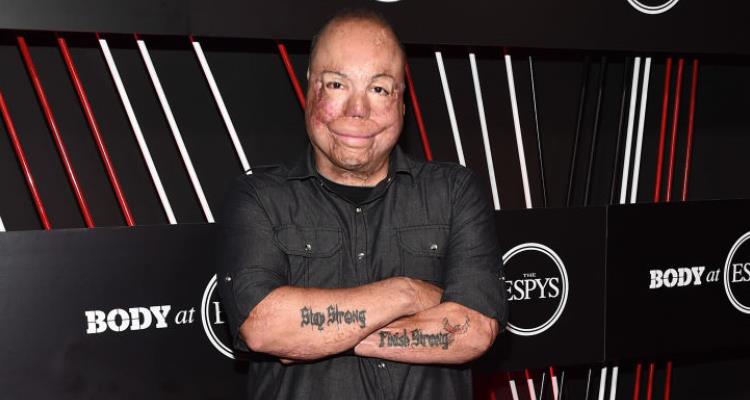 It’s time to put on your Sunday best, because the broadcast of the ESPY Awards 2017 is here! The night will honor some of the best athletes in the country and one particular moment to look out for is the story of Air Force veteran, Israel Del Toro. If you want to learn about Israel Del Toro before his injury, then you need to read our Israel Del Toro wiki.

“The last thing he ever told me was promise you’ll always take care of your family,” Del Toro said of his father in an ABC News interview. “I always kept that in mind,” he added.

Del Toro dropped out of college to help his sick grandparents take care of his three younger siblings, even though he had a full scholarship to the University of Illinois. It was around that time that something Air Force-related on TV called to Del Toro, and inspired him to serve his country. Soon after, Del Toro became the first of his family to be part of the military and it was four years later that he watched the World Trade Center fall while stationed in North Carolina.

Israel Del Toro’s wife is Carmen Del Toro and they have a son together, also named Israel Del Toro. She is from Mexico originally and wasn’t always a fan of the rigorous nature and irregular hours of his job.

“Before the accident, I was kind of angry about his job,” Carmen said to ABC News. At the time, she was stuck in Italy (where her husband had been based) with a young son and thousands of miles away from her family in her native Mexico. “I said, ‘You better finish with your four years and that’s it. No more,'” she explained.

Take a moment to read this AMAZING article on an incredible veteran! We had the honor of meeting Master Sgt. Israel Del Toro in San Antonio, Texas in 2011 at the VFW National Convention with the Andrews Sisters Tribute Show that featured Erinn Diaz, along with past performers of Letters From Home Heidi Shafer and Serah Haley. http://gazette.com/article/1597226. #lettersfromhome #lfh #hero #israeldeltoro #veteran #vfw #asts #andrewssisterstribute #parachute #honorveterans #erinndiaz #convention #blonde #brunette #redhead #wacs

In 2005, Del Toro was on a tour in Afghanistan when his Humvee rolled over a buried mine and exploded. More than 80 percent of his body was covered in severe burns and he lost all of his fingers on his left hand. While doctors only gave him a small chance of survival, Del Toro woke up from a coma that lasted three months. In an interview with KKTV 11, he said for the first time, he wanted to die when he first saw his face.

“It wasn’t a vanity thing, it was because at the time I was 30 years old, and if I thought I was a monster, what’s my 3-year-old son going to think?”

Doctors also said that he would never walk or breathe properly again, but once again, he proved them wrong and made a miraculous recovery.

He Played in the Invictus Games

A year later, Del Toro was able to breathe and walk on his own and also took part in a variety of sports that were meant for his physical limitations. He went on to set world records in javelin, shotput and discus. In 2016, he won a gold medal at the Invictus Games, a sport competition created by Prince Harry, meant for wounded servicemen and women to compete in. Del Toro still serves in the military as the first 100 percent combatant Air Force technician, who kept his promise by re-enlisting, despite his traumatic attack! He also works as a joint terminal attack controller (JTAC) instructor and trains recruits for the job he used to do.

Saluting #IsraelDelToro 'DT' and all of our #Woundedwarriors and service men and women. I had the pleasure of meeting DT @invictusorlando with #InvictusGames sponsor @sageofficial. DT is an Air Force Master Sargent who was burned over 80% of his body by an IED in Afghanistan. He was on a respirator and told that he may never walk again. Several years later, he's competing in the high level athletic competitions of #warriorgames and #invictus He was determined to survive and thrive because he had promised his very young son before deployment that he would always be there for him. His family attended the games with him and you could see how critical the love and support of family is in the rehabilitation journey. DT is an amazing man and is one of many similar #WoundedWarrior stories. Pls share his story and honor and support our troops. #4thofjuly #veterans #woundedwarriors #servicemembers #army #navy #airforce #marines #competition #sport #healing #bond @kensingtonroyal #PrinceHarry

In 2014, the ESPYs named an award after Pat Tillman, a former NFL player who quit his football career to enlist after the 9/11 attacks. He died in 2004 as a U.S. Army Ranger, later in an attack in Afghanistan. Del Toro will receive the award at this year’s 2017 ESPYs, which will be presented to him by TV host Jon Stewart. The 25th ESPY Awards will be hosted by Peyton Manning and will air tonight, on July 12 at 8:00 p.m. EST on ESPN!