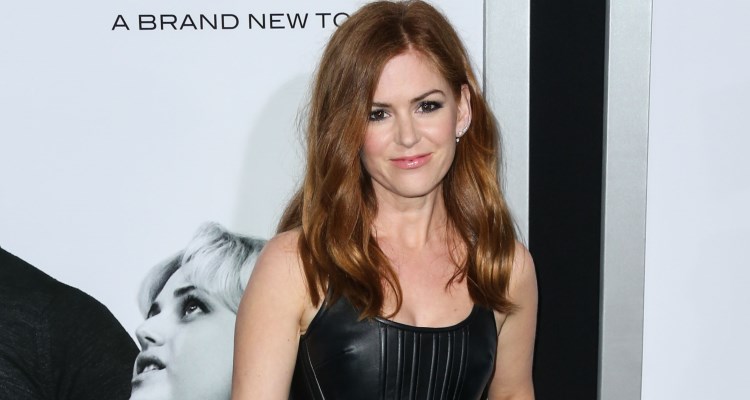 In an interview with Elle Australia, Isla Lang Fisher gave a little insight into why she doesn’t work during her pregnancies. This comes as a pleasant surprise considering Fisher usually prefers to keep her personal life private. If you want to learn more about Isla Fisher’s husband, Isla Fisher’s kids, and Isla Fisher’s movies, we’ve got everything you need to know about the beautiful actress. Isla Fisher’s hot fashion style is in the September Issue of Elle Australia—fans can get a sneak peek of the Isla Fisher pics on the Elle website. Without further ado, here’s our Isla Fisher wiki!

She Loves Ice Cream and Sleep

If you’re looking for Isla Fisher bikini photos, you won’t find any in the September Issue of Elle Australia—the Now You See Me (2013) actress prefers to talk about her career and keep her family and personal life out of the media’s eye as much as possible. Thankfully, Elle was able to get a little information about her. In the interview, Fisher shared that she has never worked during any of her three pregnancies because she really loves to relax and sleep; “I want a pint of Häagen-Dazs and my fat feet up on a stool and I want to just sleep.” Isla Fisher and her husband, Sacha Baron Cohen (better known as Ali G or Borat), got married on March 15, 2010, and now have three children together: daughters, Olive Baron Cohen and Elula Lottie Miriam Cohen, and their only son, Montgomery Moses Brian Baron Cohen.

She Had a Jewish Wedding

The Oman-born actress met Sacha Baron Cohen in 2002, while they were attending a party in Sydney, Australia. She moved there at the age of six and spent most of her life there before moving to Los Angeles, California. The couple was engaged two years later and married in 2010 in Paris, France.

About their marriage, Fisher had this to say: “I will definitely have a Jewish wedding just to be with Sacha. I would do anything—move into any religion—to be united in marriage with him. We have a future together and religion comes second to love, as far as we are concerned.” She completed her conversion to Judaism in 2007, after studying for three years.

Fisher has performed in a variety of huge Hollywood films. She made her TV debut in the 1993 series, Paradise Beach. She also acted as Shannon Reed from the Home and Away TV series. Her first big film gig was playing Mary Jane in the 2002 production of Scooby-Doo. Fisher has also performed in films like, I Heart Huckabees (2004), Wedding Crashers (2005), Hot Rod (2007), Confessions of a Shopaholic (2009), Bachelorette (2012), and The Great Gatsby (2013).