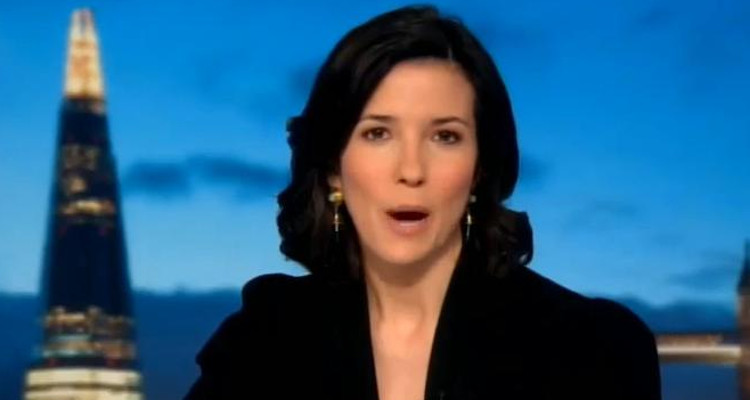 While Florida fights against the disastrous Hurricane Irma, it’s worth mentioning the efforts of rescuers and do-gooders helping those who are stranded. Even hard-working reporters like Isa Soares from CNN International are doing their best, giving round-the-clock coverage of Hurricane Irma.

Rain, hail, or shine, there’s no stopping Isa Soares. The veteran reporter is in Florida amid the dreadful Hurricane Irma. She’s not sparing a single moment for rest as she reports on the situation by any means possible. Here’s what you need to know about this hard-working reporter in the eye of the storm in our Isa Soares wiki.

Isa Soares’ professional life started and revolves around CNN. Based in the London bureau of the Turner offshoot, she repors on stories not only in the U.K., but all over Europe. Most recently, she was in Barcelona reporting the aftermath of a terror attack. In 2015, she covered the Charlie Hebdo attacks in Paris, and the Nice attack the following year.

In 2016, she covered the migrant crisis in the Mediterranean for which the AIB (Association for International Broadcasting), which recognizes media excellence, presented her an award in television journalism. She reported on the Eurozone debt crisis from Portugal, Spain, and France, did an extensive reportage on Greece’s debt crisis, and covered the country’s three IMF bailouts.

Also Read: Rene Marsh Wiki: Everything You Need to Know about the CNN Correspondent

Her CNN bio lists more of her extensive reports, including those on Ukraine’s economic state, the Catalonian and Scottish referendums, the rising anti-Semitism in France, and the Ebola epidemic in West Africa.

A long night and day of political drama as #UK election ends in a hung parliament! Will be back anchoring in a few hours again.

With a Bachelor’s degree in Hispanic and Lusophone studies from King’s College, London and a Master’s degree in International Relations and Economics from the University of Bristol, Soares has a good understanding of global dynamics. Being fluent in English, Spanish, French, and Portuguese, nothing is ever lost in translation for Soares. During the 2014 World Cup, she not only reported for CNN and CNN International, she also provided coverage for CNN Español from Brazil and Argentina.

People who would find it hard to find spare time between their busy schedules have sat down for an interview with her. We’re talking about the CEOs of Lavazza, EDP, Brembo, Henkel Pirelli, Avio Group, Lufthansa, Vodafone, and Audi whom she interviewed, among many others. She even interviewed the elusive magnate, Bernard Arnault and tennis No.1 seed, Rafael Nadal. Soares also worked as a producer and reporter for primetime business program, Quest Means Business with Richard Quest.

Her salary and her net worth aren’t known, but we hope that Turner pays this talented journalist of international proportions well!

There’s not much known about Soares’ life outside the newsroom. She’s Portuguese by birth but hasn’t revealed her age, date of birth, or details about her family and early life to the media. Her husband keeps out of the spotlight, but he is often featured in Soares’ Instagram posts.

We know that Mr. Isa Soares works for Caterham Motorsport in the U.K. The couple goes on vacation together when Soares has time off from her jet-setting job. A couple of years ago, she took a break from work because she was pregnant, and they are now parents to an adorable boy she calls Tomasito in her posts. Since returning from vacation with her toddler and husband, Soares jumped right back into work.

Tomasito overjoyed to meet his friend #simba? from the #lion king! I want to burst into song #thecircleoflife [email protected]_history_museum #nature #wildlife #education

Eye of the Storm

While Florida is in the crosshairs of Hurricane Irma, CNN, among other networks, is providing non-stop coverage of what’s happening on the ground. Soares is among her many colleagues in the state, which is being ravaged by the now category 1 storm. After a family holiday in Kefalonia, Greece, Soares’ first major off-site assignment was heading to Miami right before Irma made landfall.

Like the other 1.43 mn people, we too are without power in Miami! Hotel now using generators sparingly! #HurricaineIrma #florida #miami

She presented a picture of the ghost town that is now Miami after residents evacuated from the coast. Clad in a raincoat of CNN red, she opted for more storm-convenient attire as she reported.

She gave regular updates about the situation in Miami on Twitter until there were power outages all over the city. Soares and her crew are in a hotel in Miami where the only power source is from generators that need to be used sparingly. She posted a video on Instagram giving a picture of the storm from inside the hotel. Instagram users are worried about her safety as they can see the windows rattling with heavy rains and winds. Her latest update said that she and her crew will be camping out in the bathroom, away from the windows.

This is my cameraman's room in Miami! Carpet is soaking wet, windows look like they're about to blow and water is already streaming in! No power at the moment!! We're on the 4th floor! May have to sleep in the bathroom, so we're far away from these windows!