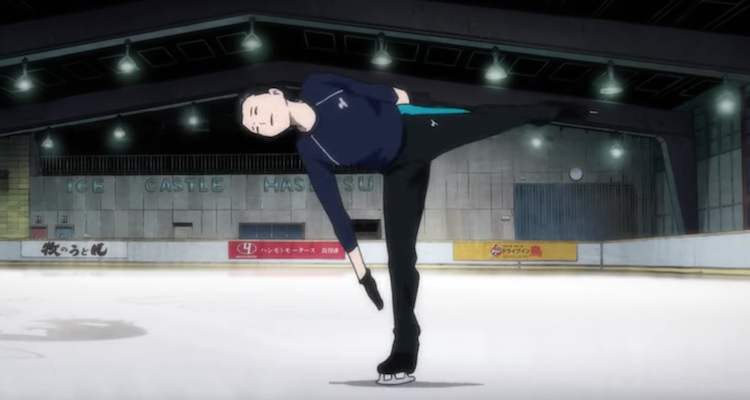 With the Winter Olympics comes many new fans of winter sports. Like figure skating! But sometimes, Google searches can bring up a topic that may grab your interest, even though you may be unsure of what it means. For example, many figure skating enthusiasts have been getting results for something called Yuri!!! on Ice.

Don’t worry, we’re here to explain. Is Yuri!!! on Ice manga? Is it anime? We’ll explain what exactly Yuri!!! on Ice is, and why it may be sneaking into your Google searches! From manga to anime and beyond, you will learn everything you need to know about Yuri!!! on Ice.

So, let’s get to the easy question. What is Yuri!!! on Ice? It’s an anime —and a short-lived one at that. Running from September 6, 2016, to December 21, 2016 with only 12 episodes, the series gained a rather large following due to its handling of a number of social issues.

The series focuses on Yuri Katsuki, a Japanese figure skater (who is obsessed with Victor Nikiforov, a Russian figure-skating champion) and Yuri Plisetsky, a young Russian skater who is rising through the ranks. Katsuki drunkenly asks Nikiforov to be his coach, to which he agrees. The only trouble is, Nikiforov owes Plisetsky a routine.

Taking on Contemporary Topics and Themes

One of the show’s main drives is the relationship between Katsuki and his mentor, Victor Nikiforov. By the time the show’s finished, the two were in what amounted to a same-sex relationship. While gay relationships aren’t totally unheard of in anime, Yuri!!! on Ice is one of the first that doesn’t treat the relationship as purely sexual, or as a punchline to a joke.

Reactions from the Public

Beyond its general popularity, Yuri!! on Ice became popular in the LGBTQ community due to how it portrays same-sex relationships. It also became embraced by a number of actual figure skaters because of how the animation captured figure skating as a sport.

In fact, some skaters fell in love with Yuri!!! on Ice so much, that they even incorporated music from the anime into their routines! Miu Suzaki and Ryuichi Kihara used the opening theme song from the Yuri!!! on Ice anime as part of the 2018 Winter Olympic routine.

Even pole dancers fell in love with the show, due to one scene where Katsuki does a drunken pole dance of her own. According to a few professional pole dancers, the animation for the scene is very accurate.

So, now you know all of the basics about Yuri!!! on Ice and why it’s popping up in your Google searches. Hopefully. Maybe?