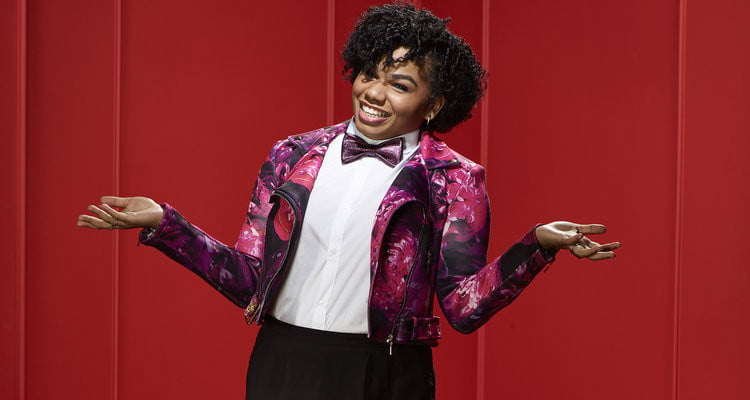 Wé McDonald had a tough time in school being bullied by others. She put all her hurt into singing and is wowing the judges and the audience on the reality show, The Voice. Now, an ugly rumor about her threatens to spoil her party.

Wé McDonald, one of the top 12 contestants on The Voice, broke down during the opening show of The Voice and revealed that she had been bullied in school. People had tears in their eyes when they heard about this needless cruelty that McDonald was subjected to. Even coach Alicia Keys could not contain her emotions when she heard about McDonald’s heartbreaking tale. As McDonald’s popularity on the show continues to grow, she gains new fans by the day. Fants want to know how hold Wé McDonald is, and more about her family. Unfortunately, Internet trolls are also around asking:“Is Wé McDonald on The Voice transgender?” This resulted in rumors about McDonald’s gender to fly fast and thick. Let us set the record straight for you.

No. Wé McDonald is not transgendred. She is very much a woman, and that is how she was born. Wé McDonald’s age is just 17, and she has a great future in singing if she continues to work as hard as she currently is. The worst thing that could happen to this talented singer is that an ugly rumor about her gender becomes added to her years of being bullied. She is a young, beautiful and amazingly talented woman, and it’s a shame the things many are saying about her gender now that she is in the public eye.

Jealousy in the Air?

Wé’ McDonald’s fans are alleging that this rumor has been started by haters, or people who have previously bullied her. They claim that some people do not like McDonald because she is doing so well on The Voice. Wé McDonald’s father helped her get singing lessons at the Harlem School of Arts, and she has already performed at several prestigious venues like the Lincoln Center, Carnegie Hall, and the Apollo Theater. Since her debut on The Voice, McDonald has gone from strong to stronger, and if the haters continue to comment, we hope it only makes her skin thicker. She’s got the chops to shoot down any hater willing to try and bring her down!

Wé McDonald is a passionate and diligent woman, and it shows every time she picks up her mic. Sources say that this ugly and dangerous rumor is being spread just to trouble McDonald and does not have a grain of truth. Either way, no one can deny that McDonald is an amazing talent. Her fans want her to continue singing and win The Voice to rise above all the hurt McDonald has had to take.