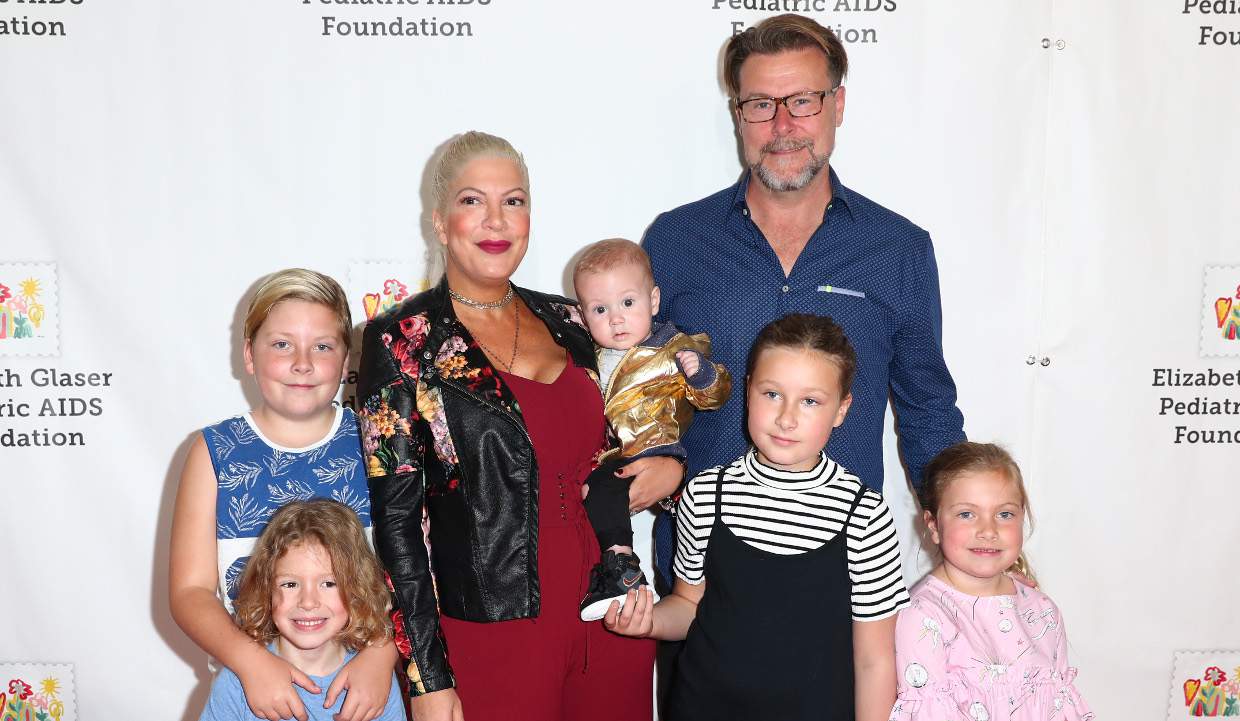 Dean McDermott called 911 to report that his wife, Tori Spelling, was having a mental breakdown on Thursday morning. Could this emotional outburst be a sign of Tori Spelling being pregnant again? Is she expecting her sixth baby? Read on to find out more.

Tori Spelling was going through some kind of a mental breakdown, and her husband, Dean McDermott, told law enforcement that she was being very aggressive. The call they received came a little after after 7:00 a.m.

However, police left Spelling’s home that afternoon and determined that an arrest was not needed, nor was she required to be held for a mental evaluation. So, is Tori Spelling pregnant again?

Get the full scoop right here!

Is Tori Spelling Expecting Her Sixth Child in 2018?

Rumor has it that the mother of five is expecting her sixth child and experienced a nervous breakdown for that reason. So, are the Tori Spelling baby No. 6 rumors true?

According to Corinne Olympios, Tori Spelling is feeling the demands of motherhood. It was only a year ago that Spelling gave birth to her fifth child with McDermott.

Olympios added that she and Spelling were together in the makeup room after taping a Facebook Live cooking show and that the actress showed signs of a distressed mother. She also said that Tori Spelling was overwhelmed by being pregnant immediately after giving birth to her fourth child.

Also Read: What Happened to Bernadette on “The Big Bang Theory?” Is She Pregnant in Real Life?

Tori Spelling was reportedly anxious and agitated for a while before her breakdown on Thursday. On Wednesday night, she called police because she thought someone broke into her house. However, it turned out to be her husband coming home.

Spelling checked herself into Cedars-Sinai Medical Center in 2014, on account of dealing with Ebola-like symptoms. However, her complaints seemed like a mere cover-up for her personal issues.

In 2006, Spelling married McDermott. The two started having marital troubles, perhaps due to McDermott’s 2013 affair.

In the past year, the couple experienced financial setbacks and other issues which might be linked to their growing family. The couple are parents to five kids.

Dean McDermott and Tori Spelling’s children are Liam, 10; Stella, 9; Hattie, 7; Finn, 6; and Beau Dean, who will turn one this month.

By failing to pay his monthly child support to his ex-wife, Mary Jo Eustace, McDermott risked jail time in September 2017. Meanwhile, Spelling was ordered to appear in court in November 2017 over an unpaid $220,000 default judgment she owed to City National Bank.

Both she and McDermott were sued for failing to pay back $188,000 of their loan. Back in April, the IRS emptied their bank accounts after they were hit with a lien of $707,487.30 in unpaid federal taxes.

Well, these issues are enough for anyone to have a nervous breakdown. So, it could be unlikely that Tori Spelling is pregnant again.

In addition, her mother, Candy Spelling, said that although her daughter loves children, she is hopefully done making babies.