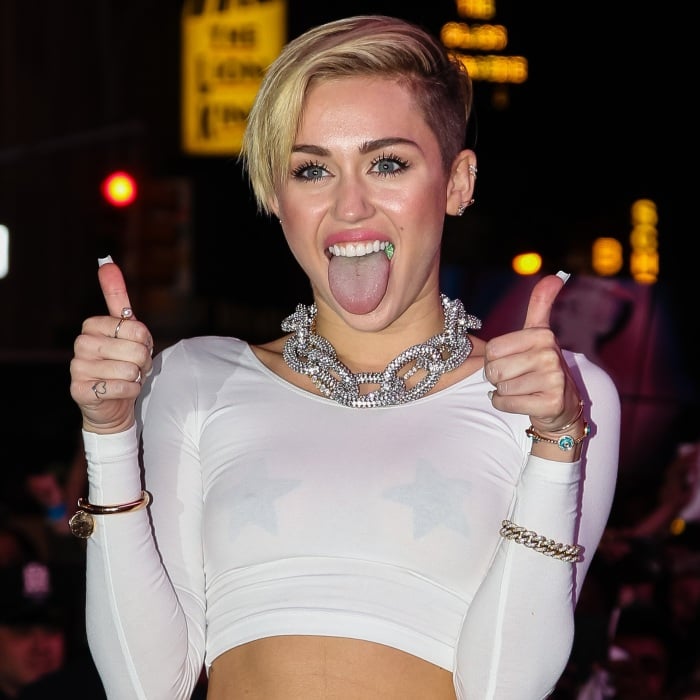 Judging by her recent behavior, Miley Cyrus has taken shock value to a whole new level—that’s why we weren’t very surprised to heard that she’s rumored to be “hooking up” with a man who’s twice her age. According to several sources, the 21-year-old Wrecking Ball singer has been casually dating 42-year-old musician and Oscar nominee Jared Leto.

The rumored celebrity couple was first spotted having an intimate chat at Clive Davis’ pre-Grammys party in late January. A few weeks later, Miley Cyrus reportedly spent the night at Jared Leto’s house in L.A. One insider revealed to Us Weekly that the two have been secretly “hooking up,” while another source added that the celebrity couple has gotten very close over the past few weeks. “They like to have a good time, they love to talk about art and music—and they’re both comfortable with nudity!”

However, the celebrity couple is in no rush to make it official, because supposedly, neither of them is looking to get into a serious relationship right now. One of Leto’s friends says he “doesn’t do girlfriends.” And Cyrus revealed in a recent interview with W magazine that after breaking off her engagement to actor Liam Hemsworth, she’s “not trying to jump into a relationship” anytime soon.

On a side note, Jared Leto topped EarnTheNecklace.com’s list of the 5 sugar daddies that Miley Cyrus should try dating.

What do you think: Would Miley Cyrus and Jared Leto make a good celebrity couple?