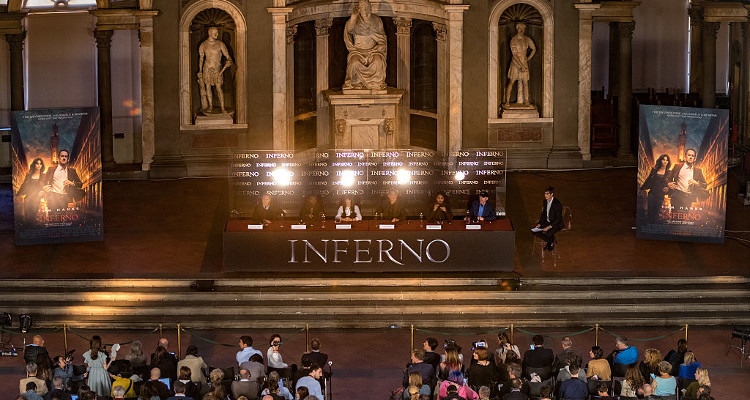 What Inferno is about?

Harvard symbologist, Robert Langdon (Tom Hanks), travels through Italy’s Florence, Dante’s beloved hometown, then to Istanbul, to find the missing gap in his memories. The clue to solving this mystery is Dante’s Inferno, the first part of Dante’s epic poem, Divine Comedy that inspired numerous art and literature worldwide.

Joining Langdon is Sienna Brooks (Felicity Jones), a doctor with a secret. Langdon is in race against time to save humanity from being wiped out by a virus created by a Dante-obsessed deranged scientist.

Inferno Vs. The Da Vinci Code and Angels & Demons

Inferno had poor commercial performance compared to its predecessors. While Angels & Demons earned over $450.0 million worldwide, The Da Vinci Code raked in over $750.0 million.

Like the other two movies, Tom Hanks breathes life in Robert Langdon’s character, in the way that Dan Brown intended. Hanks has the remarkable ability to make any character so down-to-earth, you almost forget that they’re fictional. Despite the illustrious actor, the film leaves you wanting more —and not in a good way.

The film is rife with the puzzles and mysteries that only Robert Langdon can decipher. That frantic urgency to unravel the mystery is there, but the story falls flat. Inferno is just too messy compared to the slow unraveling of the history behind the puzzle in the earlier movies.

Each novel is written like a travelogue on history, religion, and literature. Inferno, like The Da Vinci Code and Angels & Demons, does that effectively. But it fails to make an impact because the historical references are lacking clarity.

Multiple puzzles are thrown at you all at once; the curious case of Langdon’s amnesia, the Dante Death Mask, Sienna Brooks, Langdon’s different pursuers, the Divine Comedy, and multiple pieces of art referencing hell and divine punishment. Though this is the essence of the Robert Langdon film series, the last two movies had a more cohesive flow than Inferno.

It can’t be denied that the first two movies had a publicity boost due to the outcry for their religious themes. Inferno lacked the hype during its release by only relying on its international filming locations, and the existing fan-following of the franchise.

Inferno on its own is not a bad movie in its own right. It’s only drawback is that it had some tough acts to follow due to the massively successful The Da Vinci Code and Angels & Demons.