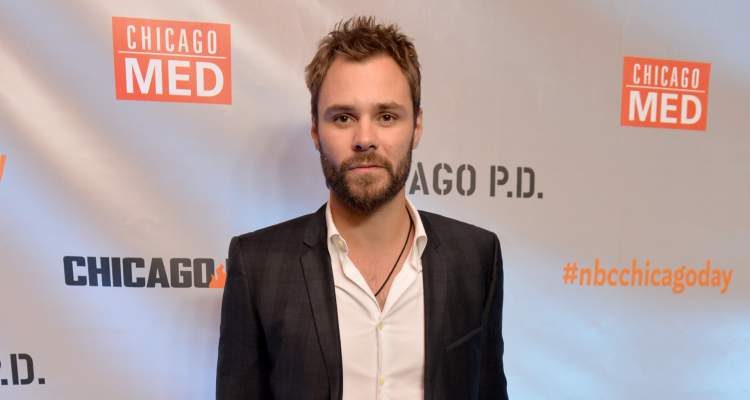 Chicago PD left us at the edge of our seats at the end of last night’s (December 6) fall finale. Adam Ruzek’s future in the Intelligence department is bleak as he gets exposed. If you’ve missed the heartstopping episode, consider yourself warned. This piece contains spoilers!

There’s a mole in Chicago PD! Of course the viewers knew about Adam Ruzek. But after last night’s episode, we’re biting our nails asking if Adam Ruzek is leaving Chicago PD! They left us with the mother of all cliffhangers before the fall break and we’re splitting hairs over the suspense. Is Patrick Flueger who plays Ruzek leaving Chicago PD? We sure hope not! But they certainly make it look that way. Here’s what went down with Ruzek in Chicago PD last night.

Between a Rock and a Hard Place

In the fall finale episode titled “Monster,” Ruzek (Patrick Flueger) comes face to face with her personal monster. Denny Woods (Mykelti Williamson) has made Ruzek his spy within the Intelligence Unit. He’s using underhanded tactics to manipulate Ruzek into getting dirt on Hank Voight (Jason Beghe).

If anyone found out he was a mole for the independent auditor, Ruzek would lose his job. If he didn’t give Woods what he wanted, his sister could be going to jail for DUI. Throughout the episode, we see Ruzek questioning his loyalties, particularly when he has incriminating evidence of Voight seemingly pocketing money from a crime scene.

In the end, he told off Woods. Even when he was threatened with his only family going to jail, he declared Hank and his Intelligence team are his family. And for the first time, Ruzek admits he hates Voight because he can’t be half the man that the authoritative Hank is.

It appears that Adam will have to say goodbye to the job he loves so much. He’s looking rather melancholic in the locker room staring at a picture of himself, Alvin Olinsky (Elias Koteas), and Jay Halstead (Jesse Lee Soffer) in their uniforms. Olinsky interrupts his brooding scene asking for backup when he meets a criminal informant.

Ruzek joins, believing this is the last thing he will get to do as a cop. During the drive, Olinksy is making the atmosphere heavy with emotion talking about how Adam is like a son to him.

But Ruzek has his antenna up when they drive to a place that’s not where Olinsky said they were going. They arrive at an abandoned lot and Alvin tells him the CI is in the vehicle in front of them. Except that it’s not a CI, but Hank Voight! Just when we think it’s judgement day for Adam, the show ends on that unsettling note.

Share the moment that stopped all of us – including Ruzek – in our tracks. #ChicagoPD pic.twitter.com/kDaLeaaVs4

At this point, our guess is as good as anyone else’s. To rub salt on our wounds, Flueger himself teased fans about that last scene. He was well aware of what’s going to happen to Ruzek ahead of the finale and for a moment, he feared he was going to end up like Sheldon Jin, a mole who died in season 1. And we all know that Hank deals with this kind of stuff violently.

On the surface, it appears we don’t have to say goodbye to Ruzek just yet. Commenting on how nerve-wrecking that final scene was, Flueger elaborated that Ruzek and Voight’s dynamic will change from this point on.

Well we all know that Voight's favorite way to deal with issues is to talk them out… At the silos… #ChicagoPD https://t.co/gFKSELItww

“I think it’s only going to make Ruzek’s relationship with the two characters, Voight and Olinsky — but especially with Voight — deeper,” said Flueger adding, “Jason and I have talked about it a lot, and Jason has highlighted in our conversations, like, ‘This is a big deal that you do this, that you’ve gotten so far down and you’ve gotten so far tangled in the web. To know that you told Woods off before we had this moment, that just makes it deeper.’ Voight’s big thing is, ‘Tell me the truth so I can lie for you.’ But he knows family; he killed a guy over his son.”

As we’ve all deduced, Ruzek has got to stay if they have to show their changed dynamics. Flueger also hinted that Voight knows of Ruzek’s sister the same way he knows that he is the mole.

@ Hank Voight and Alvin Olinsky: IF YOU ARE READING THIS, RUZEK IS NOT A RAT. #RATZEK IS NOT REAL. PLEASE LEAVE THE SILOS AND TAKE HIM OUT FOR ICE CREAM, HE IS LIKELY VERY SAD AND TIRED. #ChicagoPD https://t.co/NZtRiSdyDd

We can also count on Ruzek’s romantic storyline developing when the show returns in a few weeks. The young cop was seen consulting a beautiful lawyer about busting a dirty cop. There’s already talk that this lawyer could have a relationship with Ruzek or at least have a part in his romance with newly single, old flame Kim Burgess.

All in all, it appears that Adam Ruzek has a lot to do still in the Intelligence Unit. So they can’t send him packing yet, can they? Besides, Flueger hasn’t hinted about his departure from the series. So, it doesn’t look like we’re sending him off with much fanfare like his former castmate, Sophia Bush!

As for what lies ahead when the show returns, according to Flueger, “The stakes are going to continue to be raised for everybody in the unit.” He added, “We find ourselves pretty happy to be doing our job every single day.” Let’s hope he’s still doing the job he loves when Chicago PD returns on January 3, 2018 on NBC!