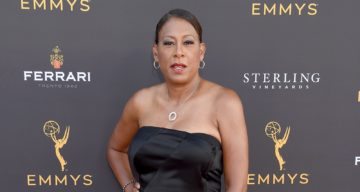 Pat Harvey is an icon for obvious reasons. The illustrious journalist went from “Disco Lady” to an inspiring reporter who has interviewed names like O.J. Simpson, Billy Dee Williams, Ruby Dee, James Earl Jones, and more. And with her many accomplishments, social media users also wonder if being an engaging and charismatic interviewer runs in the family. Specifically, they want to know if Pat Harvey is related to Steve Harvey, another broadcaster and host. We answer the query about the possible relation between Steve Harvey and Pat Harvey, here.

Pat Harvey and Steve Harvey Are Not Related

Pat Harvey was born on February 21, 1955 in Detroit, Michigan, where her career began. Since hosting a local dance show, The Scene, in 1976, she had been known as the “Disco Lady.”

She is private about her family, though she did reveal in an interview that her mother was a teacher. Her mother passed away more than two decades ago.

Pat’s career spanning four decades had not been easy as a woman of color. Her parents were skeptical about her making it. But she stuck to her guns and got her first job in broadcast at the country’s first Black-owned and operated TV station.

She has been a resident of California since 1989. With her career at KCAL, she is the longest-running primetime anchor at one Los Angeles station. She has been with KCAL sister station CBS2 since 2010.

The National Association of Black Journalists Hall of Famer has a brother, too, but not much else is known about her family. There is, however, no evidence of a relation between her and Steve Harvey.

They are both accomplished in broadcast and have the same last name. But that’s where the similarity ends.

Steve Harvey was born Broderick Stephen Harvey on January 17, 1957, to Jesse Harvey and Eloise Vera. He was born in West Virginia, but the family later relocated to Cleveland, Ohio, and the street they lived on is now named after the Family Feud host.