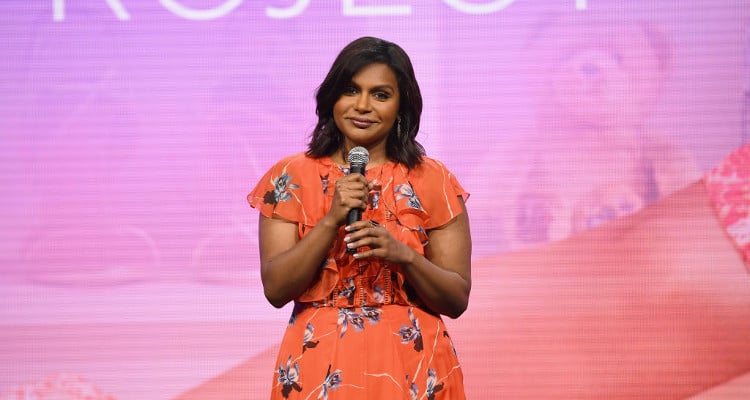 Mindy Kaling is reportedly pregnant with her first child, but is keeping “mum” about the father’s name —and the news. Speculation is rife about who the father could be, with her ex-boyfriends and co-stars being the usual suspects. Kaling has made a name for herself as an actor, comedian, and writer, but this might be her most challenging role yet!

Mindy Kaling has worked hard at everything she’s done. Studies, extra-curricular activities, and a social life were things that she gave herself fully to. So, after finding success in the field of entertainment, no one should be surprised as to how lucrative her career has become. What has surprised people, though, is the news that Mindy Kaling is pregnant! According to sources, Kaling is pregnant with her first child. People are happy for her but are equally curious about who Mindy Kaling’s baby daddy is. We have details about about Mindy Kaling’s baby’s father and more from her wiki, right here.

Born Vera Mindy Chokalingam on June 24, 1979 in Cambridge, Massachusetts, Mindy Kaling’s age is 38. Her parents were Dr. Swati Chokalingam (an obstetrician/gynecologistand) and Avu Chokalingam (an architect). Unfortunately, Kaling’s mother died in 2012 after a battle with pancreatic cancer. After graduating from Buckingham Browne & Nichols, a private school, Kaling enrolled at Dartmouth College where she showed her talent in extra-curricular activities. She was a member of the improvisational comedy troupe “The Dog Day Players, ” a cappella group “The Rockapellas,” creator of the comic strip Badly Drawn Girl, and a writer for the Dartmouth Jack-O-Lantern, the college’s humor magazine. Kaling graduated with a bachelor’s degree in playwriting and studied Latin.

After college, Kaling moved to New York City and rushed into the entertainment industry. She got her first break while still in college as an intern on Late Night with Conan O’ Brien. Since then, she has had a fantastic career in movies, TV, plays, stand-up comedy, and as a writer. Some of the films Kaling has appeared in are The 40-Year-Old Virgin, License to Wed, Night at the Museum: Battle of the Smithsonian, No Strings Attached, and The Night Before. She has acted in TV shows like The Office, and The Mindy Project, both of which she wrote and produced episodes for. Though she is just 38 years old, Kaling has been recognized as one of the best entertainers in the business today.

Soon to be a Mother?

According to sources, Kaling baby is “an unexpected surprise” but will not affect the production schedules of any of her upcoming projects. She spoke out about wanting to be a mother and told Yahoo! Style a little while ago, “I think I’ve decided that unlike everything else in my life, I’m going to be fast and loose about kids. I’m not going to actively plan, but if it happens, it would happen.” Because Mindy Kaling is not married, people want to know about her boyfriend. Who is the father of Mindy Kaling’s baby? Names of her ex-boyfriends like Benjamin Nugent and B.J. Novak have been thrown around, but there is no information on who the father really is. Considering Kaling herself has not confirmed the news of her pregnancy, it is not likely we will have the name of the alleged father-to-be any time soon.