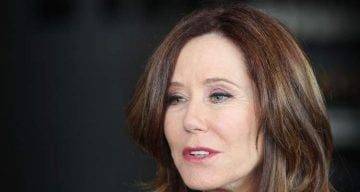 In Major Crimes season 6, episode 9, the character of Sharon Raydor (played by actress Mary McDonnell) is shown dying from a fatal heart attack. So, is Mary McDonnell leaving Major Crimes? The truth is that TNT has not supported the series for a while, so the makers of the show are pulling the plug on the much-loved TV series. The sixth season will be the final season of the show, and this is why McDonnell’s character has been killed off, four episodes before the finale.

Even though Major Crimes started as a spin-off of the TV series, The Closer, it has achieved an enduring popularity of its own in the last six years. Major Crimes is TNT network’s American police procedural TV series starring Mary McDonnell.

Major Crimes details the activities of the LAPD Major Crimes squad, whose responsibility is to solve high-profile crimes in the city of Los Angeles, California. The series premiered on August 13, 2012, and is currently in it’s sixth and final season.

People have been keenly watching the sixth season and are following the lives of the show’s characters, especially Mary McDonnell. She plays the role of Commander Sharon Raydor, the commanding officer of the Major Crimes Division.

Keep reading to know more about Mary McDonnell and her character in Major Crimes 2017.

Viewers of the show know by now that Sharon Raydor (Mary McDonnell) collapsed in season 6, episode 4 and was rushed to the hospital where she was diagnosed with a heart condition. Lt. Flynn (Anthony Denison) talks to her about postponing their fast-approaching marriage, but Raydor insists that her health will not adversely affect their wedding or work.

However, in episode 9 of the series, Raydor is at the end of her final day in office before taking her medical leave, when she suffers a heart attack that proves to be fatal! This news of Raydor’s death is communicated to the viewers as the doctor in charge tells her family and friends that Raydor has passed away.

Raydor died while trying to get a confession from a serial killer. When she died, she was doing what she loved the most, her work, for which she had so much passion.

Also Read: What Happened to Julio On “Major Crimes?” Where Is Julio?

So, Raydor is dead and will not appear in the last four remaining episodes of season 6. The show will wind up on January 9, 2018, as per the show’s agreement with TNT.

Confronted by her fate, Raydor asks her priest to administer her last rites while she is still alive so that she could die as she had lived her whole life, like a Catholic. It’s almost as if Raydor knew in advance that she would die soon. She did not want to leave any loose ends in both her personal and professional life.

Earlier, McDonnell had revealed in an interview that TNT was not putting their support 100% behind Major Crimes anymore, so the writing was on the wall. The makers of the show knew that they had to wind up all elements of the story by the end of the sixth season (the reason for the death of McDonnell’s character Sharon Raydor before the final episode of season 6).

Series creator James Duff came up with the idea of ending McDonnell’s character and discussed it with her. McDonnell liked the concept and thought that it was just the right way for her character to bid goodbye to the viewers.

Make sure you watch the last four episodes of Major Crimes so that you know how the series will end.