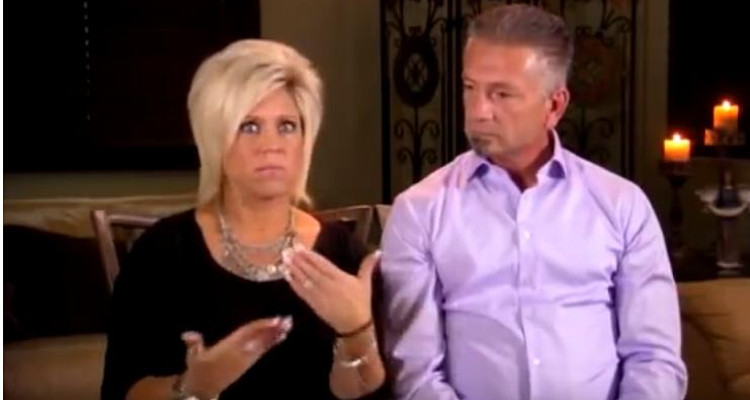 Long Island Medium follows Theresa Caputo and her family as she connects others to the spirit world to help them move on. But solving other people’s unfinished business might have taken a toll on her own. Is Theresa Caputo getting a divorce from her husband Larry Caputo?

Theresa and Larry Caputo have been married for over 25 years and, after all of their adventures, it is reported that the couple is having relationship problems. Will a Long Island Medium divorce episode soon be aired, or will the couple settle their differences off-camera? Find out more about Theresa and Larry Caputo’s possible divorce, right here.

What Happened to Two Decades of Love?

Larry Caputo and Theresa Brigandi tied the knot back in 1989. They only ever have good things to say about each other, but recently, things might have taken a different turn.

Before this season, Theresa revealed that when she was first discovering that she was a medium, she went though a spiritual healing process because she couldn’t figure out why she had anxiety attacks. She would shout for her husband when they were in the car or at home because she could see something. Larry added that she called his name and “I would be like ‘what the hell’s the matter with you?’”

Theresa joked about how she still can’t believe he chose to stay married to her. When she realized her gift, she told Larry about it and he found it hard to believe her in the beginning. He was skeptical, even when she woke him up with sudden jolts, asking if he saw the same people she did.

But, ever since the latest season began, there seems to be tension between the couple.

“Since the last season of Long Island Medium and through a period of time, Larry and I’s relationship has changed,” said Theresa Caputo.

Is Being a Medium a Reason for the Strain?

Could Theresa’s job as a medium have some affect on her marital life? Though she admits that her relationships might have taken a back seat because of the nature of her job, Theresa is sure that it isn’t the only reason for their problems. “I sometimes interpret it as growing apart. I’ve changed and he has changed. We’re both not happy and, you know, it’s hard to try to work through that,” she said.

Theresa Caputo’s Instagram is flooded with fans commenting that they want the couple to stay together.

The Caputo’s have two kids: Victoria and Larry Jr. Theresa opened up on camera about her life and moments that she shared with her loving family. In a difficult situation like this, she holds on to as much as she can, and is trying her best to keep her family close. “Just getting together with family, you know, just going to lunch. Things are just hard, you know? And just trying to do the best that I can.”