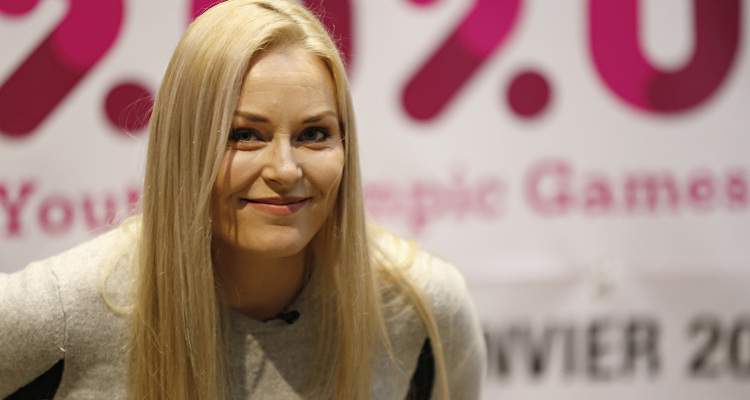 The 2018 Winter Olympics are upon us, and for one American skier, the gold medal is just within arm’s reach. However, Lindsey Vonn’s injuries threaten her gold-winning dream. Is Lindsey Vonn in the 2018 Olympics? Keep reading to find out!

The 2018 Winter Olympics will kick off on February 9, 2018, in Pyeongchang, South Korea, and competitive skier, Lindsey Vonn, won’t settle for anything but gold. She’s one of the most successful female ski racers in the history of the sport. But, the coming games might be her last year in the sport. Will Lindsey Vonn compete in the 2018 Olympics? Here’s what she had to say about her Olympic future.

What Doesn’t Kill You Makes You Stronger

Lindsey Vonn is from Minnesota and broke into the ski scene during the 2002 Olympics when she was 17. Now, she’s 33 and will possibly retire next year.

Vonn has four World Cup overall titles under her belt, a gold medal from the 2010 Olympics (the first American female skier to do so), and mega endorsement deals.

After her four-year marriage to fellow skier Thomas Vonn ended, she had a high profile romance with disgraced golf legend, Tiger Woods. Due to the constant media attention because of her relationships, she went through a slump in her career.

A devastating knee injury left Vonn incapable of competing in the 2014 Sochi Olympics. Since she missed the last competition, ski enthusiasts, along with her fans, are eager to see her compete for gold in Pyeongchang.

With a reconstructed knee, Vonn looks ready for the slopes. She most recently talked about her injuries and plans to compete in an interview. She will be the oldest skier to compete in Pyeongchang. Her teammate, 18-year-old Mikaela Shiffrin, is poised to be the next Lindsey Vonn. But Vonn maintains that her experience of more than a decade gives her an upper hand.

“Visualizing the slopes is something I did when training for Vancouver and I’ve done the same this summer ahead of Pyeongchang,” she said.

Vonn is currently preparing for the Winter Games and working on qualifying.

Since sitting out the Sochi games, she has only improved. The downhill queen is no stranger to injury. She raced through a back injury and won her 78th World Cup this December.

The most decorated female skier detailed every scar—both physical and personal—in a Sports Illustrated profile, and there are many! Despite Lindsey Vonn’s injury, there’s nothing stopping her from competing in the 2018 Winter Olympics. While her goal is to win another gold, she is working hard to qualify for the Olympics, which we’re sure she will.

What a day!!! Win #78?? BIG thanks to my whole team for all of the support to get me back here, to my amazing teammates and especially my Dad; I love you all!!! ❤️?? congrats @iamsofiagoggia? @ragmow ?lets do it again tomorrow!! (? Michel Cotton)

Like other athletes, Vonn jumped on the political bandwagon.

“I hope to represent the people of the United States, not the president,” she stated,“I want to represent our country well. I don’t think that there are a lot of people currently in our government that do that.”

She also added that if she wins, she won’t be accepting an invitation to the White House.

Qualifying and preparing for the Olympics are on the top of Vonn’s to-do list right now. She’s confident of qualifying and making a mark in her Olympic return, “I’ve paid enough but now I feel fit and ready for it. I know I will be self-confident at the start.”

Injuries are but a small snag in a sure dream. And as Lindsey Vonn puts it, “Gold is my favorite color.”

As I head to France for the next races, I would like to share with you my reflections from the past few days. I've received a tremendous amount of feedback, both positive and negative, about my recent CNN interview. The point that I was trying to articulate is that all Olympic athletes represent their nation as a whole, and are not representatives of their government or any specific political figure or party. None of us work tirelessly for years on end to compete in the Olympics on behalf of Democrats or Republicans. The Olympics are a non-political event, a chance for everyone to put aside their differences and be on the same "team.". That does not mean that Olympic athletes don't have political opinions. As an American, I am extremely proud that our great nation was founded on principals and ideals where citizens can express our opinions openly. It is a privilege that some others around the world don't have. I am proud to be an American, and I want our country to continue to be a symbol of hope, compassion, inclusion and world unity. My travels around the world have recently made clear that this is no longer how people view the United States. You cannot pick up a newspaper or turn on the TV in Europe without noticing how people are questioning our direction. It seems to me that we must lead with understanding and strive for unity in our relationships throughout the world. As for myself, my recent comments opened up my eyes as to how divided we are right now. It is hurtful to read comments where people are hoping I break my neck or that God is punishing me for being "anti-Trump." We need to find a way to put aside our differences and find common ground in communicating. Is it wrong to hope for a better world? All of this is much bigger than skiing and the Olympics. I am going to take the next two months to focus on what I can do and right now that is competing for my country. In doing that, I will be hoping that we Americans can still be that "shining city on a hill."