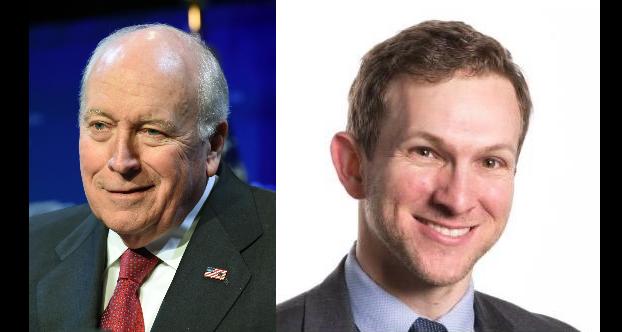 Dick Cheney, the former vice president of the United States, is currently in the limelight because he appeared on Who Is America? During the episode, Dick Cheney is seen autographing a waterboarding kit, which is now for sale on eBay. But there is another face in the world of politics who shares the same last name as Dick and now people are dying to know; Is Kyle Cheney related to Dick Cheney?

Ex-vice president of the United States Dick Cheney appeared on Who Is America?, Sacha Baron Cohen’s new controversial show. During the episode, many raised eyebrows at Cheney for autographing a waterboarding kit, which Cohen then put up for sale on eBay. You won’t believe it, but the current bid is over $4,000!

This has raised questions about Kyle Cheney and Dick Cheney being related to each other. And apparently, the question has also been raised in the past.

Back in 2015, Kyle Cheney took to Twitter to clear the misconceptions about his connection to Dick Cheney and wrote, “PSA to a couple very confused people: I’m not related to Dick Cheney, and I was quoting Lindsey Graham.” 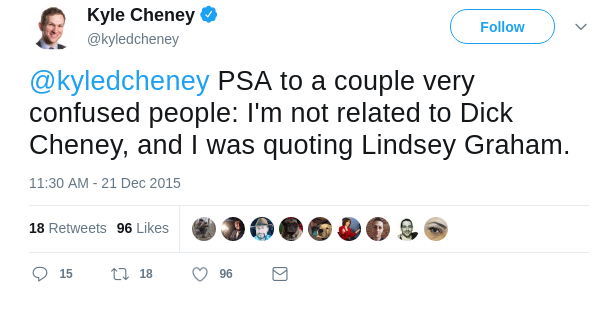 Who Is Dick Cheney?

Dick Cheney, who was born Richard Bruce Cheney on January 30, 1941, is an American businessman and a politician. He was elected as the 46th Vice President of the United States. He served in that position from 2001 to 2009.

In 2011, Cheney released his memoir, In My Time: A Personal and Political Memoir, which he wrote with his daughter, Liz Cheney. He went on to publish another book in 2015 titled, Exceptional: Why the World Needs a Powerful America.

Dick Cheney has been named as one of the most powerful vice presidents in the history of American politics. However, he was also the least favored politicians in U.S. history.

Who Is Kyle Cheney?

Kyle Cheney is one of Politico’s Congress reporters. In the past, he has covered the 2016 campaign, health care, and national politics. He has been working with Politico for more than six years now.

In 2007, Kyle Cheney graduated with a degree in journalism from Boston University. He is also a contributor for HuffPost, Fox News, RealClearPolitics, The Raynham Call, Politico Europe, and WNKI-FM in Elmira, New York.