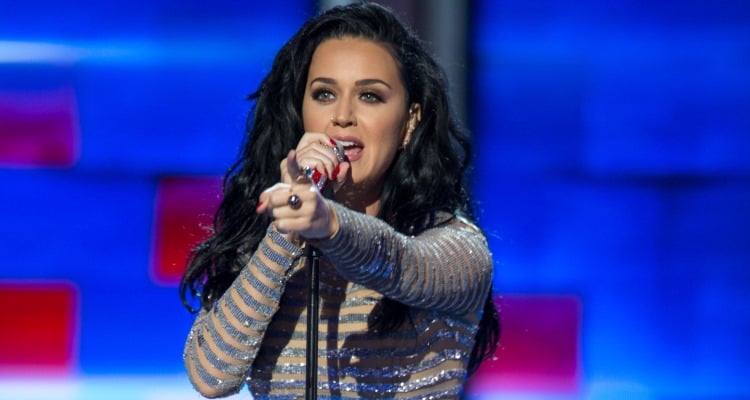 Bloom, 39, is almost a decade older than the 31-year-old “Roar” singer, but to Katy Perry, age is nothing but a number. The two have been inseparable since they started dating and they were the envy of viewers who saw them together last night.

With Katy Perry’s net worth and status, it’s bound to happen that rumors will circulate on everything from dating, cheating, weight, and pregnancy. Bloom already has a son of his own from his previous relationship but if the rumors were true, we would imagine that the couple would make great parents.

This isn’t the first time that Perry has been the center of these kinds of rumors. In March, 2015, OK magazine tweeted a retraction and an apology for the false allegations that Perry was pregnant and planning a wedding, which Perry retweeted. Rumors may have started due to Perry’s tight silver sequin dress last night that may have given her the appearance of a budding pregnancy. But if the singer were pregnant, she probably would’ve told someone by now.

Yesterday was the final night for the DNC and Perry used that time to get the crowd excited with her famous hit singles, “Rise” and “Roar.” Perry also gave a passionate speech endorsing Hillary, right before introducing Hillary’s daughter, Chelsea. In her speech, Perry mentioned her “staunch Republican” parents (who are pastors) and how even though she didn’t finish high school or have any formal education, she plans to use her voice to vote for Hillary come November.

So far, Perry and Bloom were nothing but loving last night, with Bloom being the best boyfriend ever snapping photos of Perry’s amazing performance. The two later sat down together and enjoyed the evening as the speeches continued.

Did you think Katy Perry looked pregnant last night? Sound off in the comments below!
Sources:
http://goo.gl/NS8Mux