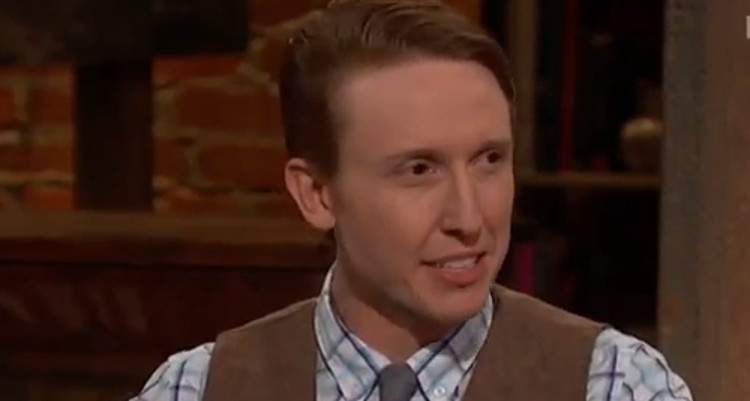 When fans see an actor portray a homosexual character on TV or in films, they often want to know if they are gay in reality. Whether their on-screen relationships are goal-worthy, or their performances are just really convincing, fans cannot help but wonder about the actors’ personal lives.

Many wonder if Jordan Woods-Robinson is gay because of his character on The Walking Dead. Eric and Aaron (Ross Marquand) are the first openly gay couple in the series and the two became fan-favorites as the seasons progressed.

People assume that since Woods-Robinson portrays a gay character, he must be gay in real life. In the eyes of many fans, the lines of his reel and real life are blurred. The truth is, he’s straight.

Not only is Jordan Woods-Robinson married, but he is also a father! Woods-Robinson and his wife have two children, but he tends to keep his personal life off social media.

There is no information about who Woods-Robinson’s wife is, but he still speaks about her in interviews to the media. And, in one interview, he revealed that they met in college and soon started dating.

(How would you caption this?)

Since appearing on The Walking Dead, many assumed that both Woods-Robinson and Ross Marquand, his on-screen boyfriend, are gay.

Woods-Robinson said,“We are both straight men playing gay characters but we immediately [agreed] that this story is so crucial to the show and to life in general. They are a strong and powerful couple who is bringing hope and love to a world that is devoid of that.”

The actor continued, “This is a show about relationships, regardless of sexual orientation, gender, or race. Everyone understands love. But it is a large fan base. There are 17 million people following and people are going to have opinions they can’t keep to themselves. Some people won’t like certain things. But the amount of support I’ve gotten is incredible.”

The Rumors are Incidental

So, even though Eric Raleigh from The Walking Dead is gay, the actor who plays him is not. Jordan Woods-Robinson’s spouse and kids do not seem to mind the rumors surrounding the actor. After all, his job is to play the character convincingly, and he does exactly that!