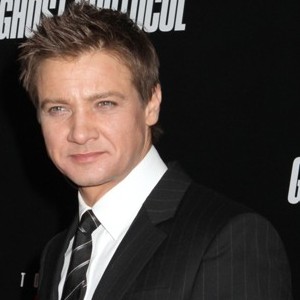 It was recently revealed that Jeremy Renner, 42, not only fathered a child with his ex-girlfriend, 22-year-old Canadian model Sonni Pacheco, but he also let her live with him despite their May-December relationship ending shortly before their daughter was born. As strange as their arrangement was, it was respectable for Renner to step up to the plate and take responsibility for the child.

There’s reportedly now a new twist in this celebrity’s couple’s unconventional May-December relationship. A new rumor is suggesting that Renner and Pacheco got married, but not because they’re in love. Renner reportedly married his former sugar baby to keep her in the country, since her U.S. visa will be expiring soon—if she has to move to Canada, their seven-month-old daughter will more than likely go with her.

While this celebrity couple’s marriage news is still just a rumor and hasn’t yet been confirmed or denied, it was hard not to notice what looked like a wedding band on Renner’s finger when he showed up to the Hollywood Film Awards on October 21, 2013. The ring may have just been an accessory, but he’s never sported a ring like that in any of his appearances in the past few months.

What do you think: Is it ever OK to marry for anything but love?