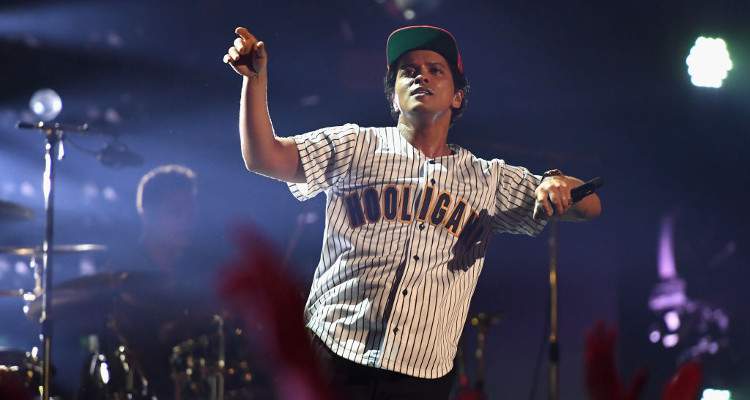 Fans of singer-songwriter Bruno Mars are wondering if he is gay? They want to know if it is true that Bruno Mars “came out” as gay in a radio interview in 2012.

Even though Bruno Mars frequently says that rumors of him being gay are completely false, they refuse to go away. Some cite a 2012 radio interview where he allegedly came out, but Mars himself said that these reports are a complete lie. According to sources, he has been in a relationship with Latina model and actress Jessica Caban since 2011, and they live together.

Rumors of Bruno Mars being gay began in April 2012 when CNN’s iReport, then a user-run platform, said that Bruno Mars “admits his homosexuality” during an interview with a Chicago radio station. The singer’s sexuality immediately became a subject of discussion and speculation. According to the original story, Mars was quoted saying, “The timing is bad. I hadn’t realized it was April Fool’s Day, but it’s been pointed out to me, and I don’t want to go too public with this.” The singer was so upset with the report that he had his representative dismiss these claims as “completely false” and demanded that CNN take it down.

Despite the magazine spreads showing him surrounded by beautiful women, and the fact that he was linked to a few of them, many still believe that Bruno Mars is gay. However, the singer maintains that there is no truth in these rumors, and that there is no basis for them.

According to reports, Bruno Mars is not married. But is the singer seeing anyone? If so, who is Bruno Mars dating?

He began dating Jessica Caban, a model and actress who won the crown for the first ever Model Latina champion, in 2011. She is the youngest child born to Puerto Rican parents in New York City. She was raised in Spanish Harlem and has one older sibling. Her modeling career began in 2002, and she has since appeared in many commercials, magazines, and even Proyecto Uno’s music video for “Holla.”

According to reports, Mars and Caban are still together and live in a Hollywood Hills mansion with their pet Rottweiler, Geronimo.