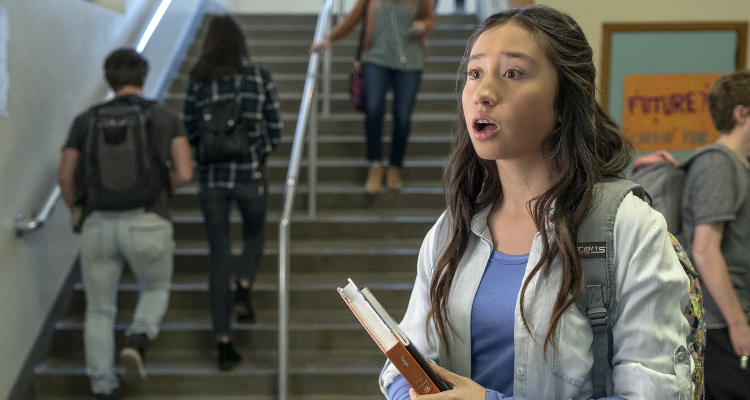 Anyone looking for a new show to binge watch is in luck! Netflix is gearing up to drop the first season of its mockumentary, American Vandal. The trailer was released last month, and had a lot of people wondering if it was based on a true story. Netflix’s American Vandal premiered today (September 15) and stars Tyler Alvarez, Jimmy Tatro, Griffin Gluck, and Gabriela Fresquez. Dan Lagana, Ari Lubet, Tony Yacenda and Joe Farrell are the executive producers of the show.

Is American Vandal a True Story?

In case you didn’t know, American Vandal is a parody of Making a Murderer, the true crime show that dominated our screens (and feeds) in 2015. Rather than figuring out whether or not someone was wrongly accused of murder, American Vandal shows the “aftermath of a costly high school prank that left 27 faculty cars vandalized with phallic images.”

It follows a misjudged senior who was accused of the crime, and the sophomore who is working with him to clear his name. Though American Vandal is not a true story, it is the first Netflix show of its kind. The half-hour crime satire has eight episodes with aspiring documentarian Peter Maldanaldo (Tyler Alvarez) investigating the controversial removal of Dylan Maxwell (Jimmy Tatro), who everyone suspects committed the crime.

Yo real quick pls just go to Netflix and add this to ur watch list.

While the crime is totally fictional, creators Dan Perrault and Tony Yacenda drew very real incidences when coming up for the plot. In an interview, Perrault revealed, “[Tony and I are] huge fans of the genre. What spurred the idea was just the fact that there were so many of these that, by the time of Making a Murderer, the genre really spiked. There was definitely enough material to work with.”

People who watched the show have already given it amazing reviews, and are hoping to see more from Perrault and Yacenda in the future. In case you missed it, you can watch the American Vandal trailer below. Otherwise, it looks like your weekend plans have changed as American Vandal is currently available to stream only on Netflix!