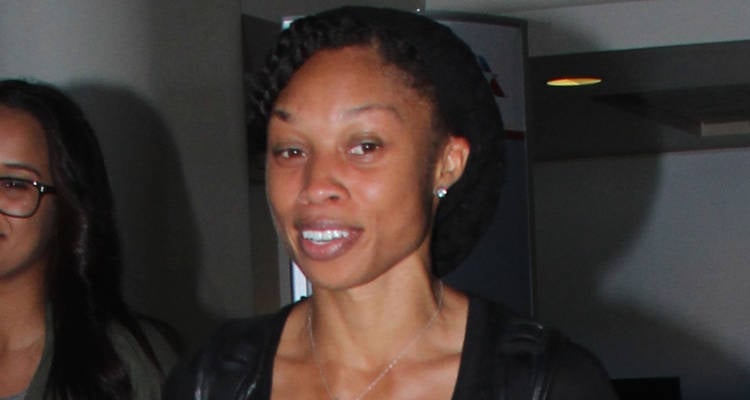 Allyson Felix is one of the fastest female sprinters on the planet. But the question on everybody’s mind is, “Is Allyson Felix pregnant?” They are also asking, “who is Allyson Felix’s husband?” If you are not aware of the answers to either of these two questions, don’t worry! We have all the answers for you. Just read on.

Owner of Her Heart

Allyson Felix has been in a long term relationship with boyfriend, Kenneth Ferguson. Ferguson is also a sprinter but not in the same league as Felix. He is the one who has her heart and they have been together for quite some time. However, Ferguson is not Felix’s husband. Both Felix and Ferguson have not yet formally tied the knot, so legally they are not husband and wife. Because they have been together for so long, it is being speculated that they will eventually get married. Maybe the two will sprint down the aisle together!

The Baby is Not Happening

The reason why people are asking, “is Allyson Felix married” is because of all the pregnancy rumors swirling around the athlete. But there is actually no official confirmation of these rumors. The truth is, Felix is neither pregnant nor is she married. The reason is, she has been busy preparing for the 2016 Rio Olympic Games. She has won four Olympic gold medals and two Olympic silver medals so far. She has also won several medals at the World Championships.

Education Above All Else

Felix competes in the 100m, 200m, 400m, the 100m relay and the 400m relay events at the Rio Olympics. The race that is closest to her heart is the 200m event. She calls it her ‘baby.’ Even though Felix turned professional right after high school, she has given her first priority to education. She has completed her degree from the University of California in 2008. She wants to become an elementary teacher and teach fourth and fifth-graders. Her mother is a teacher, too.

Felix’s interests include things other than sprinting. She loves gymnastics, basketball and baking. In fact, her first love was actually gymnastics and not running! At this year’s Olympics, Felix hopes to break several records, especially the 200m and the 400m records. Given her past propensity for breaking records, there is a good chance that she might actually do it again! In the list of athletes who are all set to leave their stamp on this year’s Olympics, Felix’s name hovers at the top of the list.