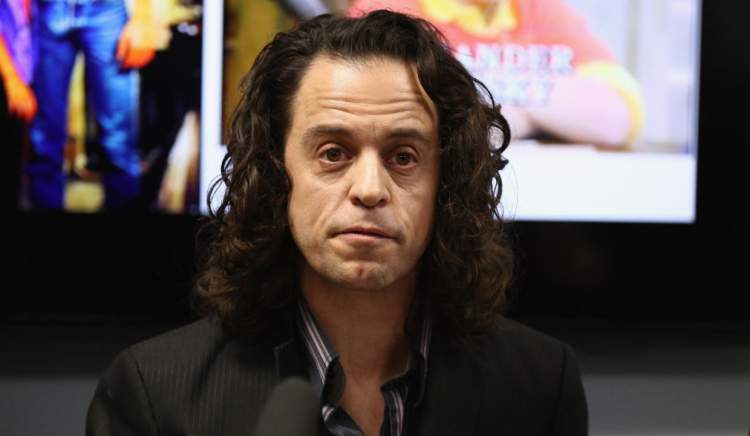 Actor Alexander Polinsky has accused his one-time co-star, Scott Baio of sexually harassing and physically assaulting him as a preteen. He held a press conference on Wednesday, February 14, 2018, along with actress Nicole Eggert, who also made allegations of sexual abuse against Baio. People are wondering about Polinsky’s sexuality and personal life, and we have the details.

Former Charles in Charge star Scott Baio is facing charges of sexual harassment made by yet another co-star. These allegations shortly followed similar ones made by Nicole Eggert, who accused Baio of sexually abusing her as a teen.

Now, Alexander Polinsky has alleged that Baio bullied him with physical abuse and homophobic slurs when they both appeared in the 1980s TV series. People have taken notice of Scott Baio’s accuser and his accusations and are wondering; Is Alexander Polinsky gay?

On Wednesday, February 14, 2018, Polinsky appeared with Eggert and her lawyer, Lisa Bloom at a press conference where he detailed his alleged mistreatment at the hands of Baio. He said, “During the first year of the show when I was 11 or 12, I observed Scott with our co-star Nicole on his lap backstage.”

“I was so naive, I innocently hopped on his lap, expecting to hear a story about Fonzie or Happy Days or something awesome. Scott Baio was a hero to me. I was 11 years old. Instead of telling us a story, Scott immediately threw me off him and began angrily calling me ‘f****t’ while Nicole laughed.”

Polinsky said he felt “confusion, shame and then fear” upon determining that Eggert sitting on Baio’s lap”was not innocent. It was sexual in nature.”

“Scott Baio began a pattern of abuse that was unrelenting,” Polinsky explained adding, “Mr. Baio repeatedly told me about gay sex acts that he told me I would grow up to perform. I would protest and ask him to stop saying these things, but he said it was for my own good.”

Polinsky also revealed that “Scott pulled down my pants in front of over 100 people. Another time, he laughed as he cut a hole in the canvas wall of my private dressing room on set and exposed his genitals to me.”

While Polinsky spoke at length about the alleged sexual harassment he suffered at the hands of Baio, he has not made any mention of his current or past relationships. Nor has he commented on his sexuality.

Polinsky’s accusations put Baio in a tighter spot, coming so soon on the heels of Nicole Eggert’s accusations. Hours after Polinsky spoke, Baio’s representative told reporters: “Scott denies every single claim of inappropriate behavior.” It is now up to the law to find the truth in this matter.