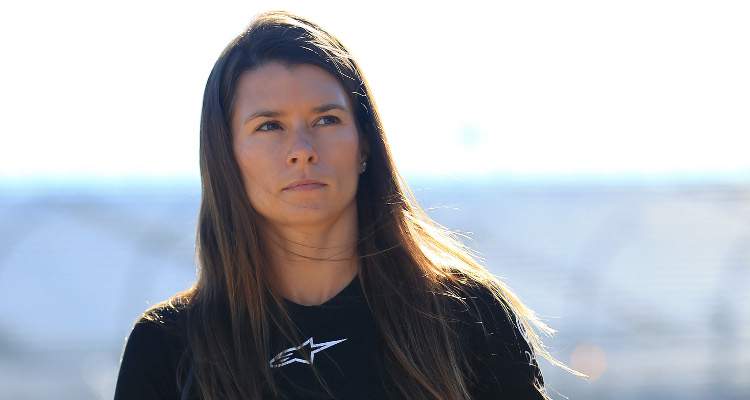 Three days into 2018 and the speculation around Aaron Rodgers’ new girlfriend have begun, especially since he’s been spotted getting cozy with a certain NASCAR queen! So, are the rumors true? Is Aaron Rodgers dating Danica Patrick? Read on to find out!

Aaron Rodger’s is famous for his gorgeous looks and, well of course, for being the quarterback of the NFL’s Green Bay Packers. The stunning footballer celebrated his 34th birthday just last month, on December 2. His love life has always been a topic of interest for the media, and why wouldn’t it be? He’s young, famous, gorgeous, and his female fans are always hungry for details of his love life. Rumor has it, that he’s dating race car driver, Danica Patrick! Yes, we’re only three days into 2018 and the rumors have already started! So, is this news true or mere gossip?

A sports gossip blogger reported that the couple was allegedly spotted at Chives in Suamico, which happens to be Aaron Rodgers’ favorite restaurant. Could that be a mere coincidence or is there more to it? While there is no photograph to serve as proof, Aaron Rodgers and Danica Patrick reportedly couldn’t seem to keep their hands off each other and were caught kissing and getting intimate. According to reports, onlookers claim that they were all over each other! So, is it true then? Well, it could be! Also, keep in mind that Aaron Rodgers broke up with actress Olivia Munn in April and Danica Patrick ended her long-term relationship in December.

So, what are the odds of the two dating? Well, even though Danica Patrick is single after breaking up with Ricky Stenhouse Jr., a relationship between her and Aaron Rodgers would be a case of “opposites attract” as Patrick (a Roscoe, Illinois native) is a diehard Chicago Bears fan! Danica Patrick is currently 35 and has enjoyed a high-profile and a well-decorated career as a racecar driver. It all started in 2005, when she made it to the national stage, thereby becoming the first woman to ever lead the Indianapolis 500 and contending for the win late in the race before finishing fourth. Eventually, Patrick became the first woman ever to win an IndyCar Series race in 2008! By the end of the decade, her career path had transitioned from open-wheel racing to stock cars, and in 2012, she swiftly made a move to NASCAR competition full-time. In 2013, she became the first woman to win the pole position for the Daytona 500. From 2013 to 2017, she competed full-time in NASCAR’s Cup Series. She announced her retirement after competing in February’s Daytona 500, before finishing her career in IndyCar at May’s Indianapolis 500.

Well, from looking at her career graph, one thing’s for sure; Danica Patrick isn’t just another girl! She’s beautiful and successful and that’s a lethal combination. So, good luck to Aaron Rodgers for winning this lovely lady! We can’t confirm a title status of “boyfriend/girlfriend” just yet, but we can safely say that it looks like it’s heading that way for these two! (And we can’t deny that these two look stunning together!)