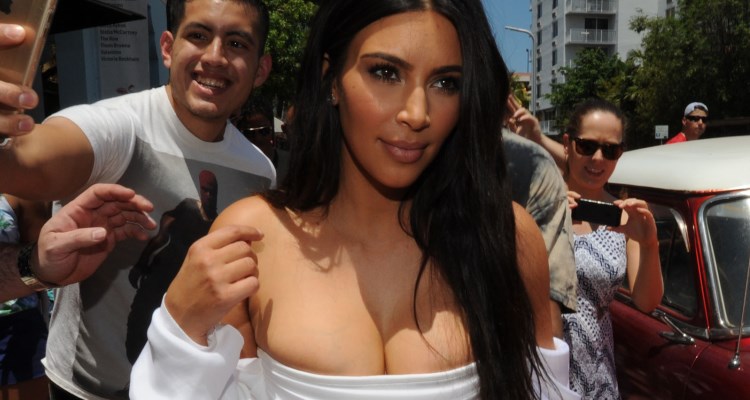 The Kardashians will return with an all-new episode in one week, on Sunday August 21 at 9:00 p.m. EST on E! There will be a rerun episode in its place for tonight’s scheduled episode. We know a week sounds like a long time, but with all the social media updates fans get from Kim and Co., it will seem as if there’s a new mini episode every day!

You can watch tonight’s episode online by visiting the E! web site and live stream, without a subscription. Fans can enjoy their favorite entertainment family conveniently on their laptops, since many decide not to have cable or satellite, at all. The same procedure goes for next week’s brand new episode of Keeping Up With the Kardashians.

Previously On Keeping Up…

Last week, the Kardashians wrapped up their Cuban trip with tours, anecdotes and laughter. Khloe and her best friend, Malika, took a tour of all the amazing sites that Cuba had to offer and Khloe was also paranoid about Lamar’s well-being. She explained how when he’s doing well she worries about if he’ll slip up and have dark thoughts and when he’s not doing well, she has a reason to be worried about him. Can Khloe ever catch a break?

Kim told the story of how Beyoncé helped her face her fear of dancing during,Watch the Throne. Kim explained: “My biggest fear was during Watch the Throne that if I sit next to Beyoncé, she dances and she’s up, like, you know. So, the last night of the tour, she came to dressing room and was like, ‘Hey, do you want to sit together?’” Kim then pretended to cry while she recalled her experience. We all know Kim hates to dance and was even booed off stage by the late Prince himself—which also didn’t help her self-esteem.

Next On Keeping Up…

On next week’s all-new episode,it seems that Rob’s girlfriend,Blac Chyna, is starting up drama with Kylie and it doesn’t go well with her big sisters. Kylie says it’s a misunderstanding but it’s too late: the girls want Chyna gone. What’s the latest issue with Chyna now? Tune in to find out!

For details on the last episode and how to watch online, click here.